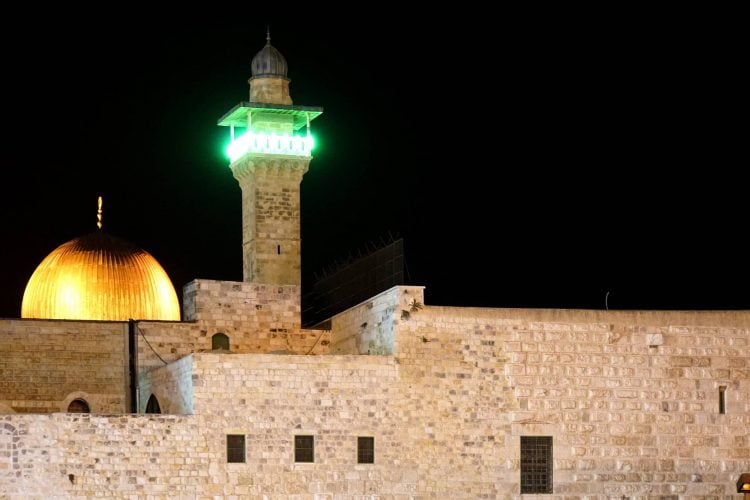 JERUSALEM: Israeli authorities have broken the locks and cut the electric wires to loudspeakers of Al-Aqsa Mosque in Jerusalem. Putting a complete silence on the evening salah during the month of Ramadan, the action comes after Israel is mourning their lost soldiers on the west bank.

The Jerusalem Islamic Waqf, which looks after the holy site, was requested by the Israeli authorities not to call Adhan (Azaan) in the evening. Still, the Waqf board refused to stop calling the adhan, which resulted in the Israeli authorities breaking the locks and cutting the electrical connections to the mosque’s four minarets.

The Islamic Information reached out to Israeli police but they didn’t repond to any of our correspondent’s requests.

The evening Ahdan (Isha Azaan) takes place at 8:29 pm in Jerusalem, and the ceremony for the fallen Israeli soldiers was scheduled at 8:00 pm to pay tribute to them. The event is called Yom Hazikaron when Israel pays homage to their soldiers.

During Ramadan, Isha prayers are important event for Muslims as they gather for Taraweeh prayers in the mosque.

Naser Abu Sharif, a Waqf guard, confirmed Dua Shehzad, an Islamic Information correspondent that the electricity has been restored and the Azaan has been resumed in the holy mosque.

UNESCO’s executive board condemned the Israeli authorities action of cutting wires of the mosques in its’ 211th session.