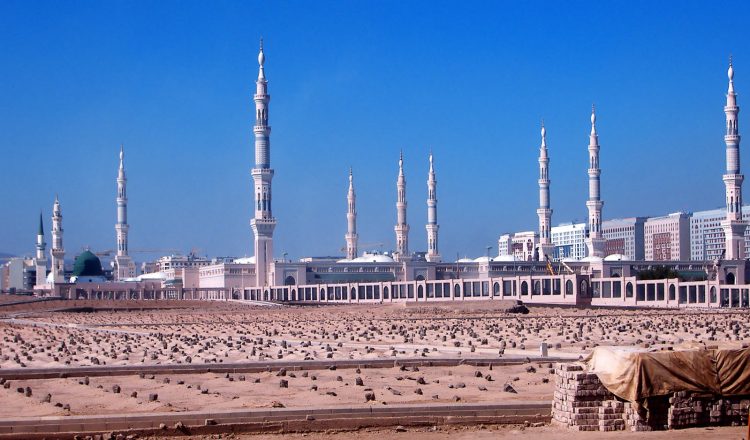 Jannat ul baqi is the first and oldest Islamic graveyard of Madina in the Hejazi region of Saudi Arabia. It is located in the southeast of the Prophet’s mosque. It is also known as Baqi al-Gharqad because of the graves of family and some holy prophet Muhammad PBUH friends.

It is in Saudia Arabia and was established in C.E. 622.

According to Islamic tradition, It is one of the holiest cemeteries. It had been the resting place for Holy prophet Muhammad PBUH’s friends and relatives. So that’s why this ground holds Much significance for Muslims.

When Holy Prophet Muhammad PBUH came from Makkah to Madina In September 622 C.E, al baqi was just a land covered with Boxthorn trees.

At Madina, Al Baqi was located behind the houses in the city.

During the Battle of Badr, the daughter of the Holy Prophet Muhammad PBUH called Ruqayyah (RA) went sick and died in 624, so she was buried In al Baqi. She was the first to get buried In Jannat al Baqi.

The forces loyal to Wahhabi-Saudi Alliance demolished the cemetery In 1806 and 1925.

3. Graves of the Wives of Muhammad PBUH except for Khadija bint Khalid (RA) and Maymuna bint al-Harith (RA)

7. Graves of the Martyrs of the Battle of Harrah