Dua of Ashura – Dua To Recite on 10th Muharram 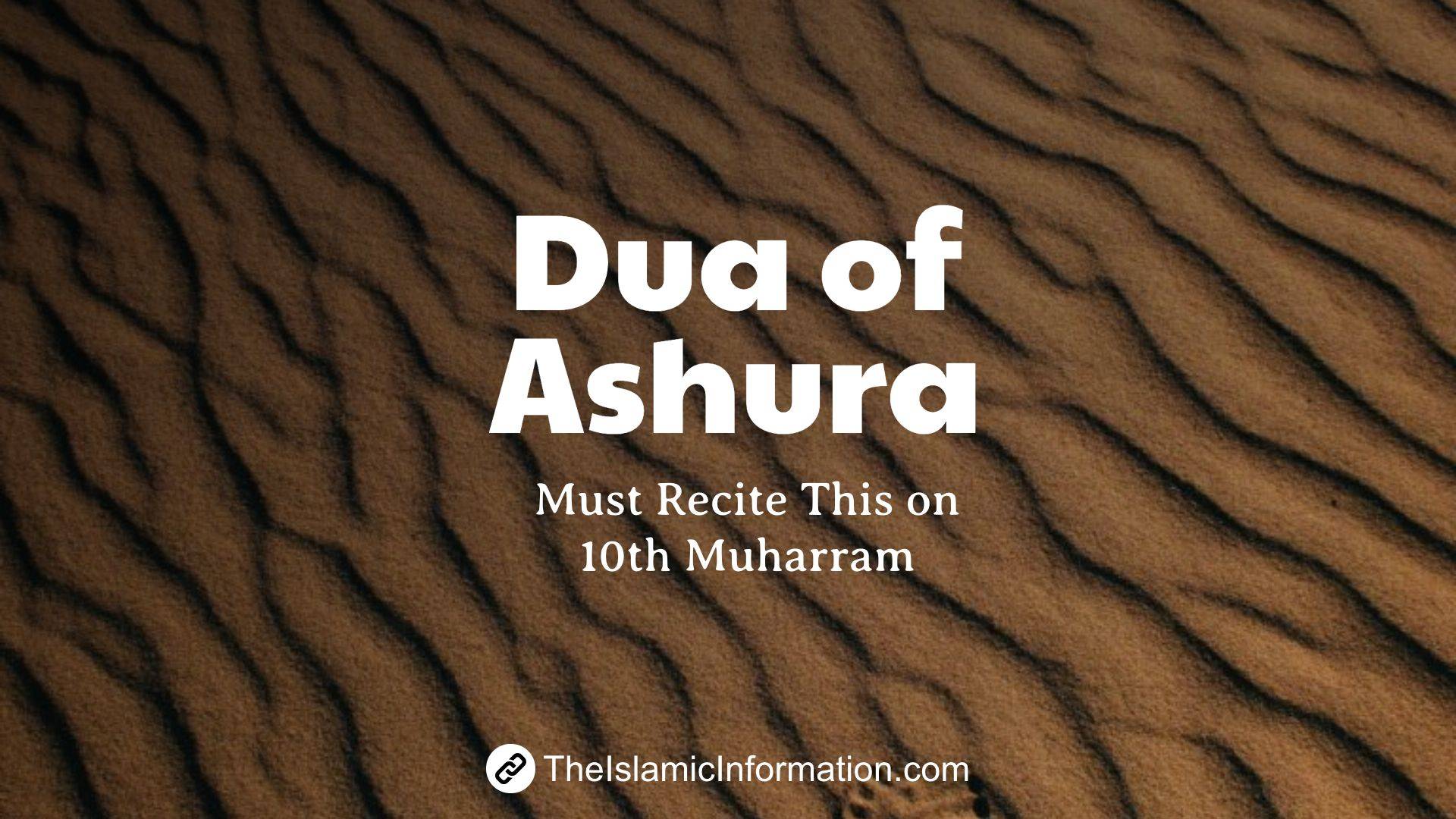 Dua of Ashura is highly recommended reading on 10th Muharram which can be read during the daytime on Ashura or on the 9th of Muharram.

Ashura comes from the word Asharah, which is used for “10” in Arabic and Ashura is the 10th of Muharram.

Zain-u-Abideen narrated that the person who recites or listens to these recitations anytime from sunrise to sunset on the Day of Ashura, then it shall act as his life guarantee throughout the whole year and that he wouldn’t encounter death. If his death was written in the year coming then by coincidence, he won’t be able to recite them.

To help with the pronouncation, we also created a video that will help you recite this dua correctly.

Recite this 7 times after reciting Dua of Ashura

The first Dua is to be read one time while this one, 7 times.

The Hadith explains that anyone who offers four rakahs of Nafl with Ayat-ul-Kursi for one time and Surah Ikhlas three times after Surah Fatiha, in every rakah, and then he supplicates, he shall be granted whatever his wished from Allah (SWT).

Besides, it is Sunnah to follow a fast on the day of Ashura (Sunday 30th of August) and in some countries it will be on Saturday 29th of August, follow the Islamic calandar according to your country.

Ash-Shafi’i, along with his companions, Ishaq, Ahmed and others stated that:

“It is mustahabb to fast on both the ninth and tenth days, because the Prophet (PBUH) fasted on the tenth, and intended to fast on the ninth.”

On the basis of this saying, we can also conclude that there Ashura maintains varying degree of Fasting, the least of it is to fast for the day of 10th of Muharram only. The best would be to follow on the 9th day as well. The more we fast in Muharram, the better it will be.

In the authority of Abu Qatada (RA), our Holy Prophet (PBUH) was once inquired about fasting following the day of Ashura, to which, He (PBUH) responded that:

“It expiates [wipes out the minor sins of] the past year”’. (Muslim)