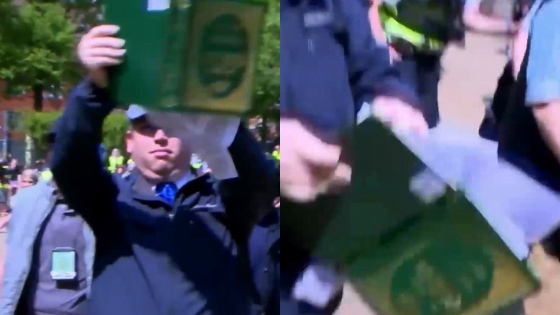 According to Turkish merchant, as the European opinion poll was held in Finland on Sunday, the leader of a far-right party Rasmus Paludan tried to provoke a vote of Islamophobia by publicly tearing up a copy of the Qur’an.

Finnish people’s leader Marco De Wit is a small anti-immigration party with no seats in the national parliament. Yakup Yilmaz said that in the police’s overall view, he was incited in the capital Helsinki. Council of Europe World Business Council of Europe.

“I told the police that he had committed hate crimes. They should stop him. Officials did nothing.” Yilmaz told Anadolu and added that DeWitt also insulted the Prophet Muhammad.

During the election campaign before the European Parliament elections in the past week, De Wit occasionally destroyed the Qur’an and deliberately provoked the Bible to push

“When tearing up the Qur’an, Wit committed hate crimes, but the police did not say a word,” Yilmaz said.

In April of this year, Danish Islamic terrorism hardline leader Rasmus Paludan burned the Qur’an in a densely populated area of ​​Muslims, a deliberate insult.

It is expected that right-wing and anti-immigrant parties will receive support in the European Parliament elections that are concluded today.

Open Your Borders For Burma Muslims, I Will Pay For Their Expenses - Erdogan