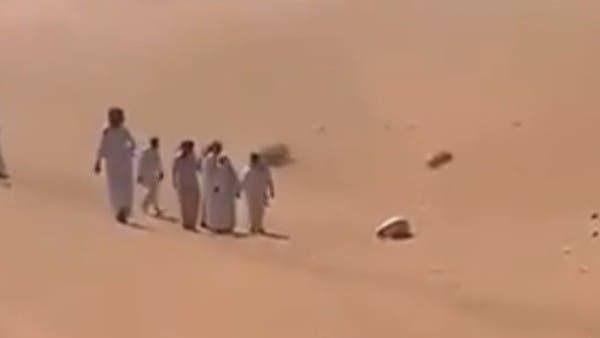 RIYADH: The rescue team has found the body of a missing Saudi man in the middle of the desert in Riyadh, Saudi Arabia. According to the rescue team, the person was found dead in the desert and was in Sujood (prostration) position. The man had gone missing four days ago. The man’s palms and forehead were on sand even after being dead.

The videos of this man had been going viral on social media when it was announced that hte man, Dhuwaihi Hamoud Al-Ajaleen went missing. People had been urging social media followers to pray for him.

Dhuwaihi Hamoud Al-Ajaleen went missing from his home in Wadi Al-Dawasir in Riyadh, Saudi Arabia, as per local news outlet.

The 40 year old, Dhuwaihi Hamoud Al-Ajaleen was later found dead in desert in sujood position in the middle of the desert after long search for him.

Rescue team reached the middle of the desert while investivating his car tracks.

May Allah grants him Janaat

What a blessed death!!! May Allah give us this kind of death. Ameen,

The Best Way to Die is to Die while indulging in Ibaadaah.

What a Barakaah for this brother.

May Allah Forgive his sins and Admit him to Jannat ul Firdaus. Aameen.