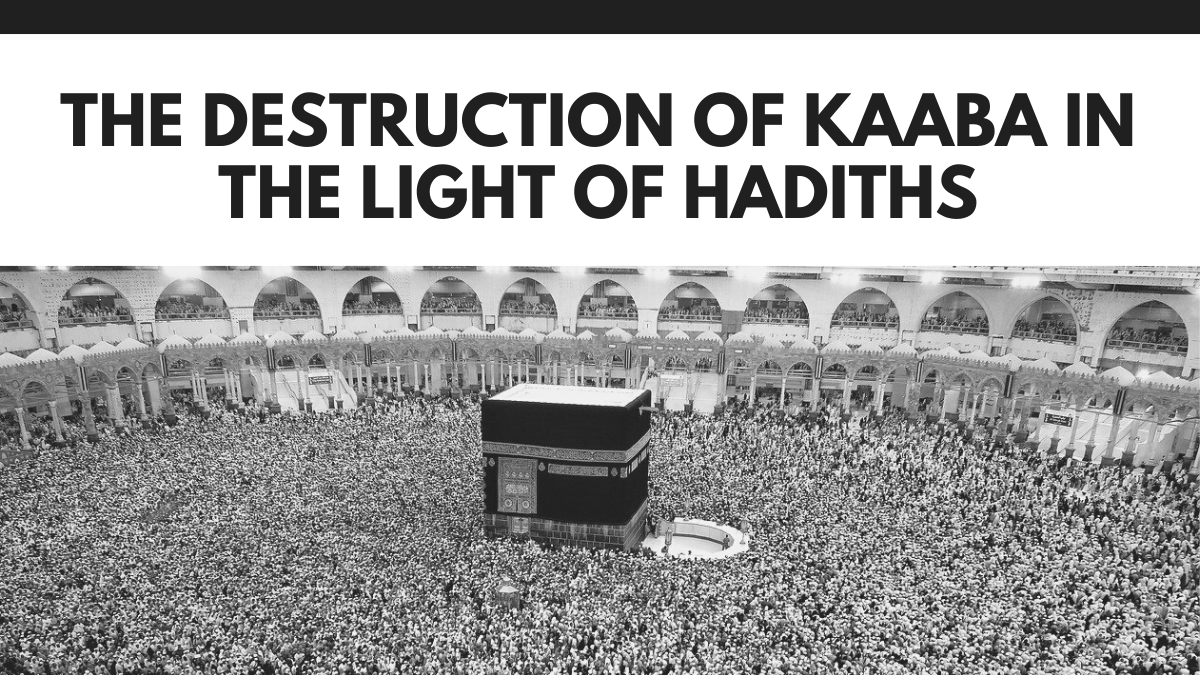 It is mentioned in the hadiths that Kaaba will face destruction before the final hour appeared as it is one of the last signs of the Day of Resurrection.

Just hearing this reality gives shivers as Kaaba is a very sacred place on this entire planet, and the confirmation of this incident from Hadith is just making one shiver.

The person who will do it is named Dhul-Suwayqatayn, he will be from Ethiopia (Abyssinia) and will cause the destruction of Kaaba to steal Kaaba’s Cover (Kiswah) and treasure.

This incident will happen when there will be no faithful Muslim remains in the world. In the Interpretation of Surah Al-Anbiya 21:96 from the Quran which mentioned that the incident of Gog and Magog (Yajooj Majooj), it is mentioned that Dhul-Suwayqatayn will first appear at the time of Prophet Isa (AS) also known as Jesus, Son of Mary.

Prophet Isa AS (Jesus) will lead an army of seven to eight hundred Muslim soldiers who will march to fight Dhul-Suwayqatayn.

Allah will send a breeze from Yemen’s direction, which will take the soul of every faithful Muslim believer at that time. Only the people with the worst character will be alive, those people will start to copulate like animals.

Ka’b also said that at that time, the hour of resurrection will be very near.

Here are some Hadiths about it;

Some of the scholars believe that Dhul-Suwayqatayn from Abyssinia can be the person who also known as Jahjaah who will appear at the end times. Previously, we also blogged about the signs of Qayamah that has recently came true, and the things that will be soon coming true of the Judgment Day.

Do share this information with your friends and family, and if you want to submit an article like this, feel free to write to us.