Medical in today’s era considered to be the most authentic way of seeking knowledge, but this guy just compared Science with Quran and it’s mind-blowing.

A Twitter user compared how accurate Quran is after he proved valid points on few medical discoveries of the modern age with the Quranic ayahs which had been revealed on the Prophet Muhammad (PBUH) 1400 years ago.

Recently science taught how Pork is bad for Humans, and this is why pork had always been declared as Haram (Forbidden) animal in the human history.

He added references to his tweets so that Muslims, as well as Non-Muslims, can look up themselves too.

Thread of what the Quran has revealed scientifically over 1400 years ago that science could not determined until recently due to lack of technology, etc…

Embryonic development. The Quran shows exactly how a baby was made. Science says this could not be determined at this time the Quran was revealed. (23/12-14)

Furthermore, he proved how the Quran teaches that the Children belongs to the Father as well as their gender determination

Determination of gender by male sperm. This was also mentioned in the Quran. How would one know anything about X, Y chromosomes 1400 years ago? (53/45-46)

He added more to this

Exactly which lobe of the brain is responsible for the lying function of the brain.(96/15-16)

The importance of iron. Where it comes from, and what the advantages are to mankind. This could not be known back then. Every statement, has been proven to be true. (57/25)

Prevention of bedsores. Modern research shows to remove pressure in patients, but changing their positions. This was shown in the Quran aswell. (18/18)

Identification through fingertips and how each finger print is different. This definitely wouldn’t have been known back then! (75/4)

Moreover, he also made some corrections in the scientific connections

Mediterranean Sea and Atlantic Ocean! “He has set free the two seas meeting together. There is a barrier between them. They do not transgress.” (55/19-20) modern scienced discovered this. MODERN science. (25/53) pretty much states how ones salty and ones not.

And he concluded it with a beautiful fact

The Quran did not contain a single statement that was assailable from a Modern scientific point of view. All scientific statements stated in the Quran have been proven true to this day and proven to be impossible to have known at this time. Subhanallah.

Please, keep in mind that the Quran was a book of guidance. Not a science book. And please check out the book listen above. It is truly amazing. RT this to spread truth!

Surely, the Quran and Islam are a complete guidance and all Muslims should follow it. 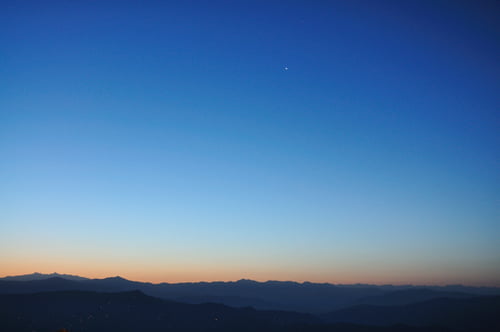