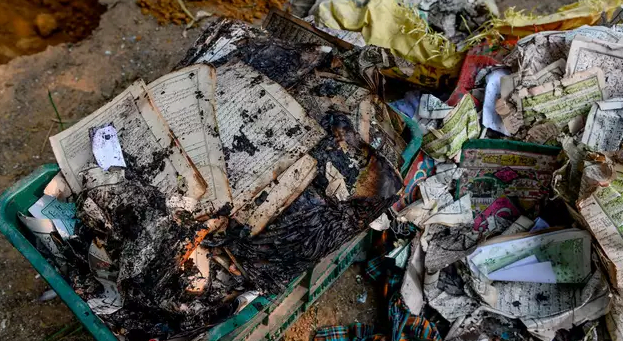 New Delhi is experiencing sever clashes against the protestors against anti-Muslim citizenship law protests. The mob also attacked a mosque in New Delhi and put a hanuman flag on it.

People who are in the support of the anti-Muslim citizenship law are vandalizing mosques and burning everything that is connecting to Islam or Muslim history.

After these copies were burnt, local Muslims buried the copies after they found them from the affected mosque after the Hindu mob clash in New Delhi.