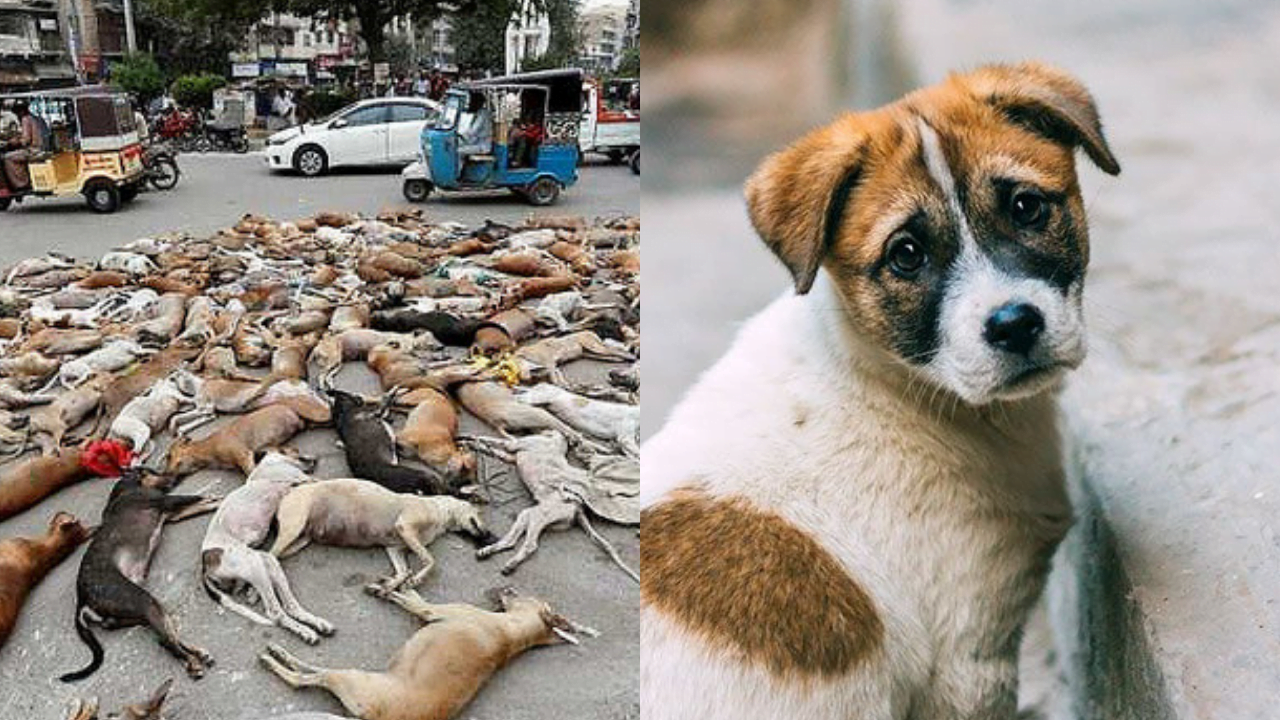 We see governments especially Pakistani, Indian and Bangladesh killing stray dogs as a campaign to keep the city clean but what does Islam say about it.

I was scrolling through my social media and came across a picture in which a government official twitter posted their stray dogs campaign and a large number of stray dogs were brutally killed. It shook my heart and decided to research what Islam says about it.

Recently, a campaign was focusing people killing cats, which was later linked as a criminal act. But what about killing these innocent dogs ? and what Islam has to add to it ?

Sheikh Abd al-Aziz ibn Baz was asked this question and he answered it as “NO”. He said that you can not kill a Dog, because it is harmless. It is not bringing you any trouble, it is wandering on the street and not harming you in any way so it is Haram to kill an innocent living thing.

It is HARAM to kill Stray Dogs in Islam

Sheikh Abd al-Aziz ibn Baz also gave a fatwa which ensures that you are not allowed to kill a stray dog just because it is barking. The only reason you can kill a dog is when he has gone mad (Rabid) and is harming other people such as Kids etc.

Even Prophet Muhammad PBUH restricted Muslims to kill any dog, unless he harmed a number of people on regular basis.

Just killing Dogs won’t solve your problem. Many governments give excuses that the stray Dogs are growing very fast, but instead of killing these innocent souls they should make some sort of facility where these dogs can live and have clean food. I agree that most of our brothers and sisters are against animal violence and so does Islam. Islam does not allow anyone to kill any Animal or Human.