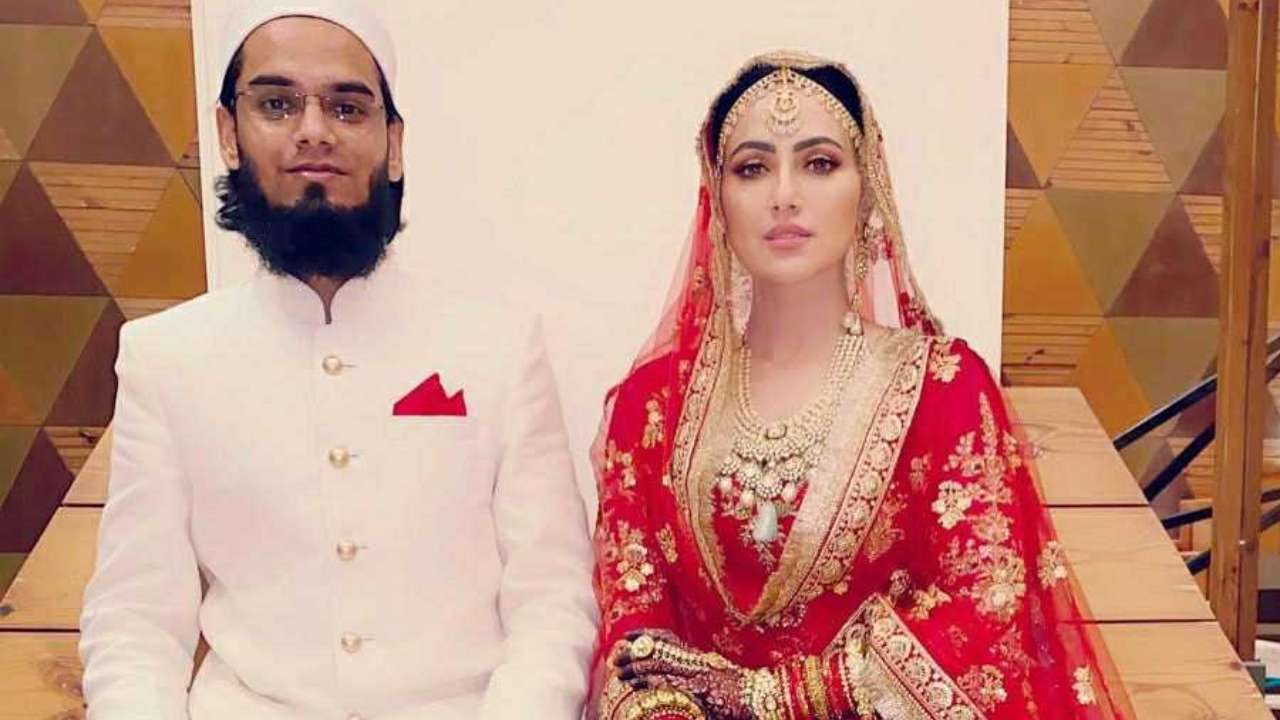 She announced her wedding by posting about it on her Social media. Sana posted a picture of her wedding on Instagram;

Since Saturday, a number of Sana Khan’s wedding videos and pictures have been trending on social media. In the video, the couple can be seen cutting a cake, wearing beautiful outfits, and posing for the camera.

Sana Khan announced that she is leaving the entertainment industry on October 8, 2020, she announced it on her Instagram. Citing, she will be spending life as per the will of God (Allah) and have left the film industry.

Sana Khan was one of the most famed actresses in the Bollywood industry, who got fame from her acting, modeling, and appearing in Big Boss.

what kind of mufti is this? who marries such a woman? shame on him.