The United Arab Emirates has announced that the country now allows living together without marriage as well as made Drinking alcohol legal in the country.

As the United Arab Emirates is becoming a country where a great number of tourists from all around the world, including west come to visit the country. UAE have announced new laws to ease the Islamic laws prohibiting living together or drinking alcohol.

But, from now on, couples can live together without being getting married or can drink alcohol anywhere in the UAE, without being restricted by anyone.

UAE has been taking bold steps which made it a center of criticism before UAE made a friendship deal with Israel and later showed support to France.

UAE is also ready to welcome Israeli tourists from now on. According to the government, UAE faces great losses due to the Coronavirus pandemic, and now taking steps to recover its tourism industry.

In Islamic laws consumption of Alcohol and two people of opposite gender living together without marriage is strictly prohibited. In the majority of Muslim countries a person can not do any of these.

The national newspaper have confirmed the news from the United Arab Emirates office.

What do you think about this decision made by United Arab Emirates to legalize these things in the comments section below. 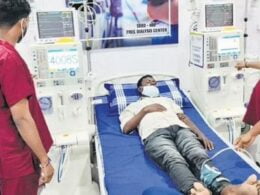