One more Iranian schoolgirl has been killed after she tore portraits of the founder of the Islamic Republic from her textbooks.

Earlier this week, a riot squad stormed an Iranian secondary school in the eastern city of Iranshahr to find evidence of schoolgirls’ participation in the nationwide anti-government demonstrations.

There have been clashes between teachers and security forces recently after schoolgirls across Iran protested. This resulted in the arrests of some teenage girls suspected of participating in the demonstrations.

It was reported that the girl’s name was Parmis Hamnava by the Halwash news agency and the Baloch Activists’ Campaign, which monitors human rights violations in the Balochistan region of Iran.

As a result of being severely beaten by batons after security forces spotted her books without portraits of the founder of the Islamic Republic, she suffered a nosebleed at school. It was only a few hours after she arrived at the hospital that she passed away.

A portrait and a quote from the founder of the current regime, Rohullah Khomeini, appear on the cover of most Iranian schoolbooks.

Halwash reported that intelligence agencies later threatened to withhold information about her death from her family and friends.

The security guards stormed the school last Tuesday and searched the books of all the students. A source said that she had ripped pictures of Khomeini, and they began beating her in front of other students.

She was taken to a hospital due to severe bleeding in her nose… Sadly, she passed away on Wednesday and was buried in Zahedan.

A local official rejected the reports of her death and attributed the spread of propaganda against the regime to the ‘enemy media.’

Several children, including at least 32, have also been killed since the unrest began, with Iranian authorities blaming the media for ‘making up deaths.’

During the past few days, violent clashes have occurred in Iranshar, located in the provinces of Sistan and Balochistan.

Ninety-two people, including 12 children, were killed in a violent crackdown on September 30 in Zahedan, the capital of Sistan and Baluchistan province.

Mahsa Amini was killed by Iranian forces in September, which triggered the protests. The death of this young woman was followed by days of angry demonstrations that continued after the police officer was accused of raping a 15-year-old girl.

A Baluch minority is estimated to have up to two million lives in Sistan and Baluchistan, one of the poorest provinces in Shia Iran. 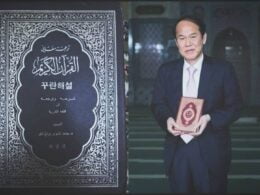