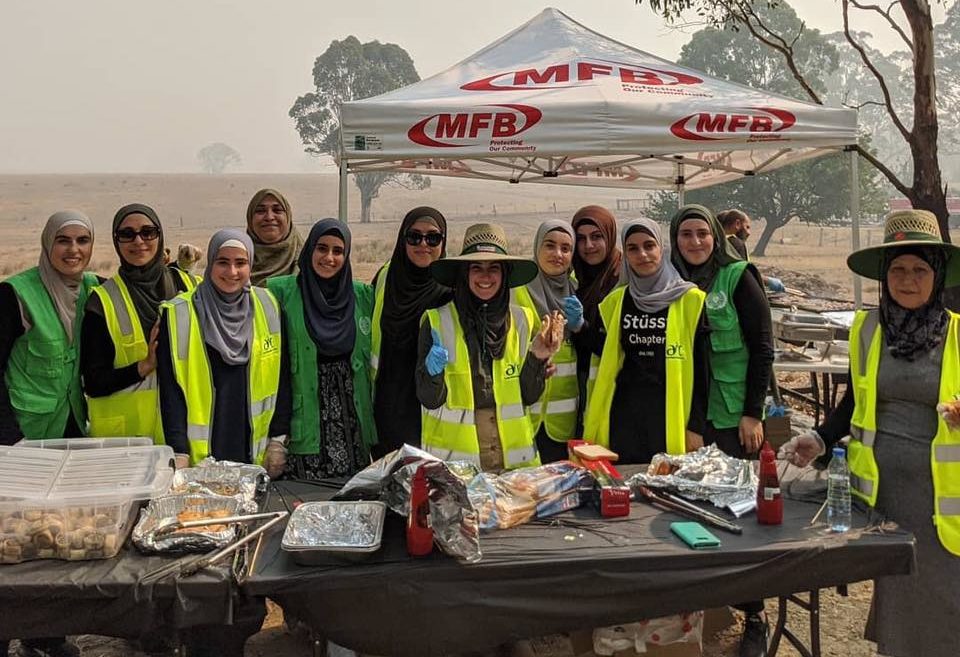 A volunteer shared with Press, The Islamic Information, that it was an emotional sight to observe how tired and drained the Australian Firefighters were. Tons of people died, Millions of land acres got burned and numerous others were trapped concerning the upsetting bushfires in Australia.

These devastating fires were all about huge destruction and disaster However, this incident succeeded in attaining back humanity. A group of Muslim people went into a fire-struck area to show support to the ones affected by the disastrous fires.

Not only that, women volunteers belonging from the Australian Islamic Society of Newport, Victoria created a set of the meal for around 150 Australian firefighters located at the Johnsonville Volunteer Fire Brigade. Within 48 hours, these women were able to raise $1500, provide aid supplies to 5 trucks and also organized breakfast for firefighters who have been consistently trying to cope with the fires in East Gippsland.

Along with the volunteers, other members also traveled for over 4 hours to give out aid boxes to those affected with the fires. For the purpose, volunteers worked the whole night for its organization. The group moved towards the relief places and worked the whole day of Saturday, even after staying awake on the night of Friday.

Melbourne Fire Brigade assisted them in the concerned areas with offloading the items. Then, the Australian Islamic Centre uploaded a post on Facebook saying that they don’t have enough words to reveal how much they are proud of their sisters, may God reward them all for this act and they had become an inspiration for everyone.

He bushfires also burned hundreds of homes. The impacted areas include Victoria, South Australia, and New South Wales. Reportedly, the bushfires burned an area as the size of Croatia. Authorities predict that these fires would continue burning till at least March.