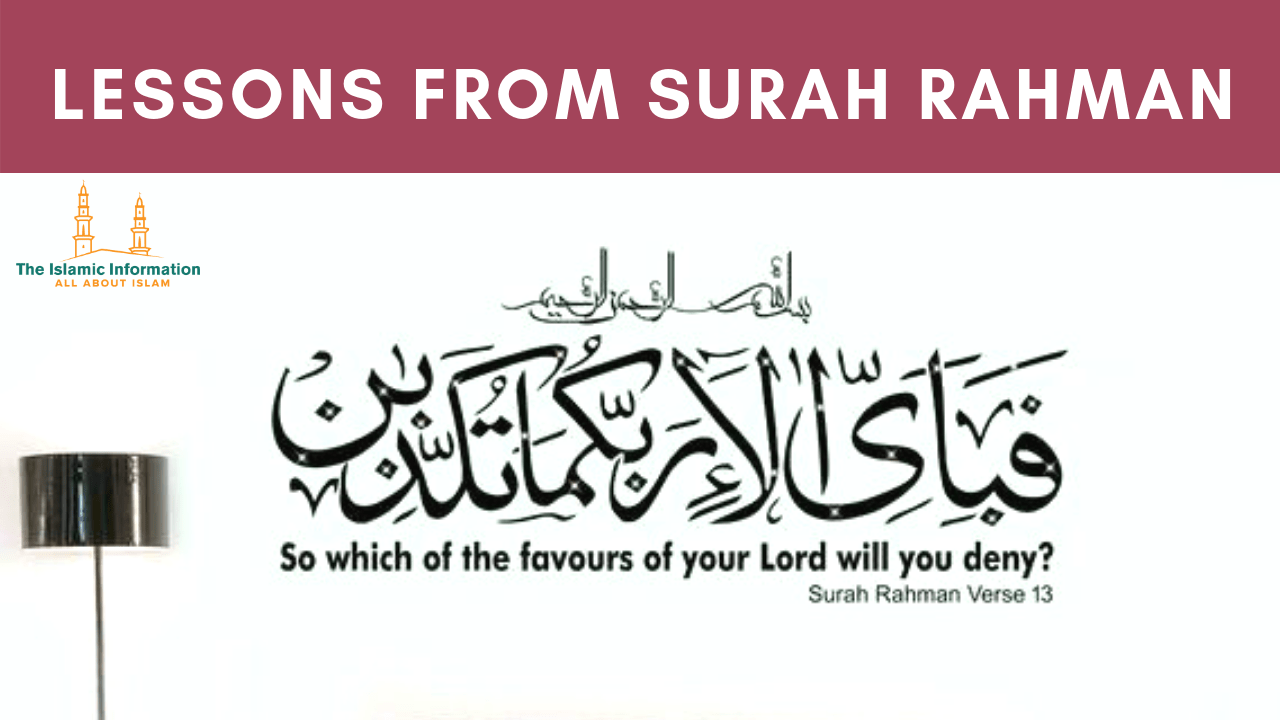 Allah has mentioned a number of blessings in Surah Ar-Rahman which he has given to the mankind. That Allah asked us to look upon it.

Surah Rahman is one of the famous Surahs of Quran. So, we at The Islamic Information decided to compile the lessons taught in Surah Rahman.

1. Express and Speak Himself

Allah declared in this Surah that Holy Quran is the only book that has ‘Complete Guidance’. It is indeed a book of Allah which can raise the status of a man higher to a greater level.

Allah has created the moon and sun which circles around the orbit. This movement ensures the day and night time on the planet earth. One second delay in movement can create a disaster, this is why Allah has it as a blessing for the .

Allah called Food a blessing, three-time meals, for both men as well as animals. As without it, there will not be any life. We often made faces to the food we do not like but Allah has called Food, a blessing.

5. Blessed With The Seas

A ship sailing in the sea is indeed an underrated miracle of Allah. A person can sail the ship, hunt fishes and can even travel from one destination to another. Then two seasons Salt and sweet water flow together yet it does not mix. Indeed Allah is the greatest.

The person who believes in Allah, believes that everything in this world is temporary and believes that one day we have to stand in front of Allah and answer all the questions related to the deeds we do in the world. And just because of the fare of being questioned of wrongdoing, the person refrain himself from committing sin on earth, then indeed Allah likes that person.

7. Gathering On The Judgement Day

Believing on the day of judgement is a blessing as per Allah SWT in the Holy Quran.

Allah has described Jannah as a blessing in Surah Rahman, which indeed is. People who do good on earth, help other and do not spread hatred, are indeed worthy of having a good afterlife in Jannah.

Allah’s justice is very just! Allah created hell to punish those who commits sins in their lifetime. To show those people in Jannah that the people who did not obey Allah are burning in Hell. So Justice of Allah is a blessing.

Prophet Muhammad (PBUH) is the last prophet of Islam, and no prophet will come after him. Allah gave Prophet Muhammad PBUH so much importance that he made his personality, a blessing for Humanity. Obeying, respecting and loving him is one of the things which Allah has asked us to do in this Surah.

Do you know any more lessons mentioned in Surah Ar-Rahman ? Do not forget to tell us in the comment box below.

Allah tells us to be grateful for what He has provided for Insan and jinn.