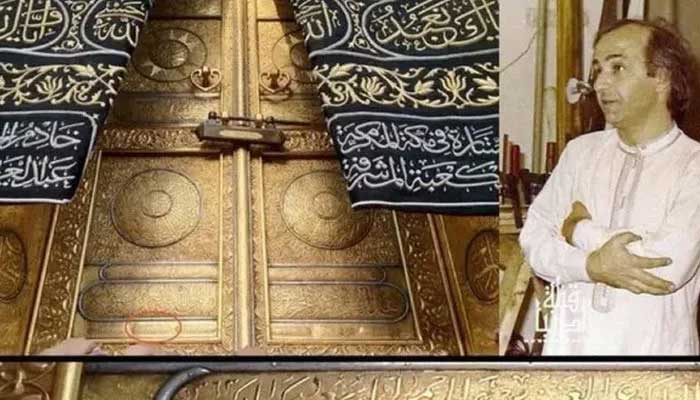 Muneer Al Jundi, the man who designed the door of the Holy Kaaba, has passed away in Germany.

He also had the honor of having his name written in the list of Kaaba door designers. He designed the Kaaba’s door after being selected by King Khalid bin Abdul Aziz.

King Khalid gave the order of the Kaaba door desgin in 1397 AH with the use of pure gold. Muneer belonged to Syria.

The door design was completed after using 280KG of pure gold in 1398 AH.