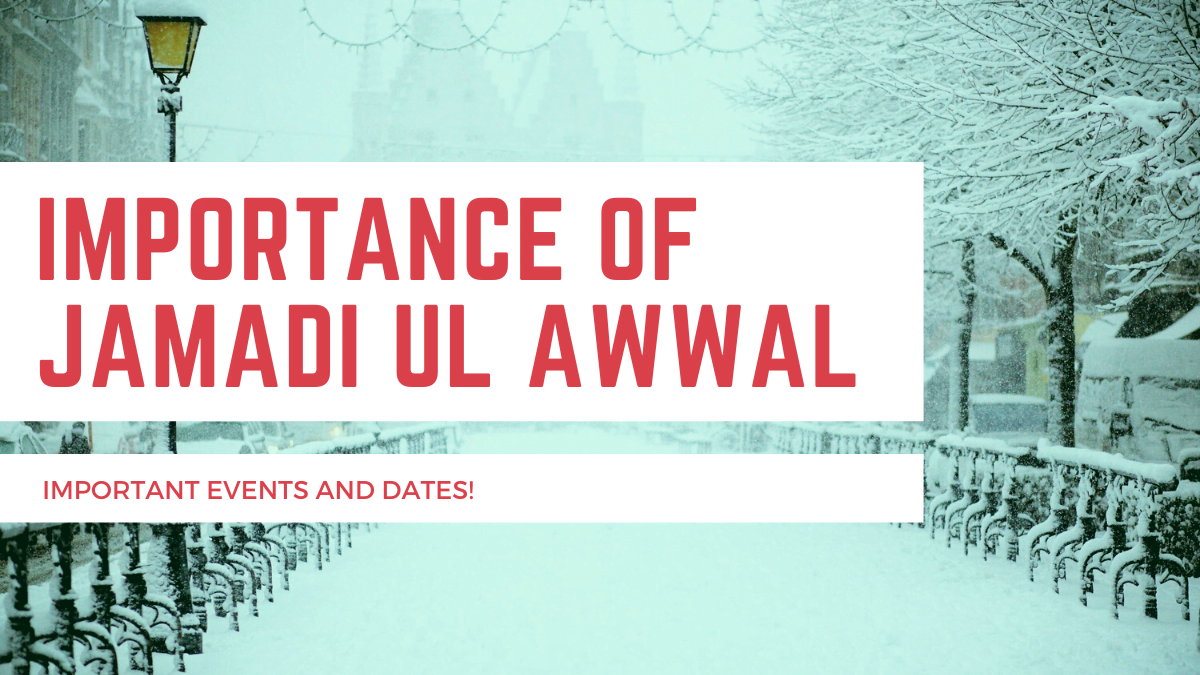 Among the 12 lunar months appearing in the Islamic Calendar, Jamadi ul Awwal has its places as its fifth month. This month possess 29 or 30 days.

Its name has its origin from Jamad, meaning dry, arid or rainless; portraying parched and dry land making it a dry month. Another name given to it is Jumada-al-Ula, explaining commend, commit, to take charge with or care in the duration of the parched month.

In the month of Jumada-al-Awwal, the Moota battle took place. Prophet Muhammad (PBUH) didn’t take part in it. As the leader of the Islamic Army, Hazrat Zaid (RA) was preferred for the battle.

The history behind the Battle’s name is the city Moota, located in Syria where the battle happened. Many other events appeared in Jumada-al-Awwal. Holy Prophet (PBUH) married Hazrat Khadija (RA) in this month. Martyrdom of Hazrat Zaid (RA) occurred in it. It is also linked with the event of Hazrat Jafar’s (RA) martyrdom. Lastly, Hazrat Abdullah’s (RA) martyrdom also happened in it. Prophet Muhammad (PBUH) lost His Grandfather, Abdul Muttalib (RA) in Jumada-al-Awwal.

Umar-ibn Al-Khattab, the closest companion of the Holy Prophet (PBUH), was the one to initiate the Islamic calendar. Approximately in 638AD, while leading the Muslim community He met His advisers to gather over a discussion centered on the dating systems of that time. After the discussion, they all agreed on Hijrah, as the most reliable reference indicator for the Islamic Calendar. As that point was an essential turnover for the Muslim community.