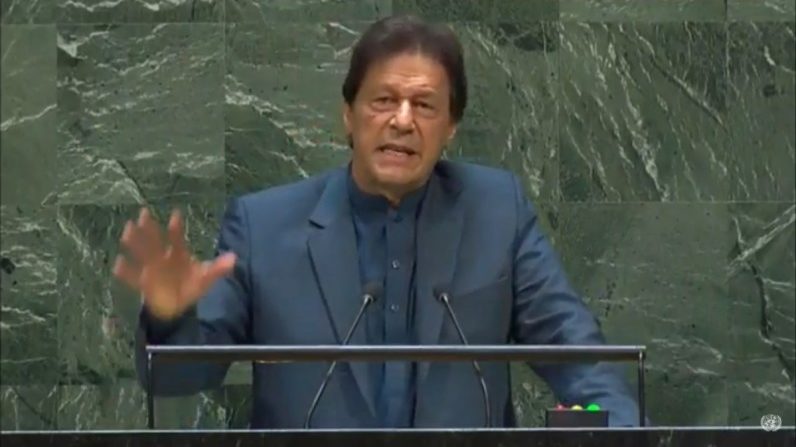 Imran Khan at UNGA 2019: Pakistani Prime minister addresses and make the world about the freedom of speech as well as growing Islamophobia.

When Prophet Muhammad (PBUH) is insulted and when he is ridiculed it hurts Muslims a lot. As a human being, we are aware of the fact that pain in heart hurts more than any other physical pain. And when Muslims react or protest about it, they’re labeled with different unethical tags and has to deal with islamophobia, tells Pakistani Prime Minister Imran Khan.

Imran Khan also said that it is his duty to tell the world what Holy Prophet (PBUH) means to the Muslims all around the world as the world does not understand the Islam as much as a Muslim does.

He also raised Kashmir issue and said that Modi and his followers are terrorizing Muslims in India. They have put a curfew in Kashmir for more than a month. Yet, India is dropping illegal bombs in Pakistan and deceiving their nation that they have killed many terrorists when I can confirm that they have only killed 10 trees.