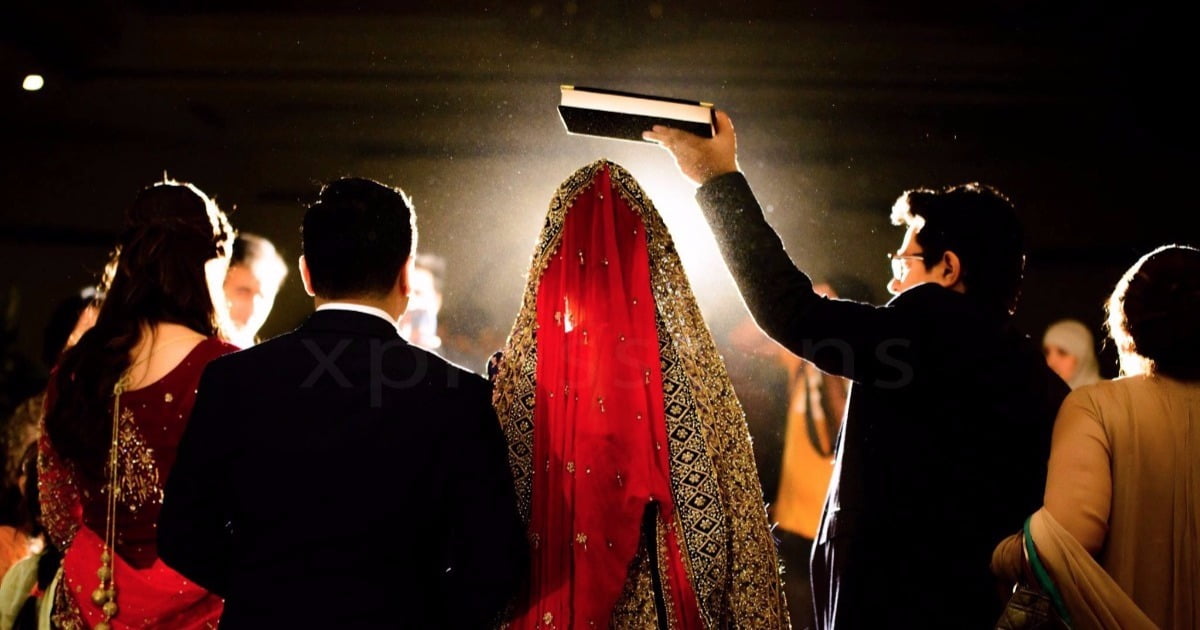 Bride’s Head covered under Quran is a ritual highly followed by Pakistani/Indian Muslims after their Daughter/Siter goes to her spouse’s house.

In India or Pakistan, during Rukhsati (Rukhsati means to go to Spouse‘s house after the wedding), we must have seen people holding Quran over the Bride’s head. And this ritual is highly followed by a large number of Muslims in India and Pakistan or Bangladesh.

Today, we will talk about whether this ritual is Islamic or is it something which people created up.

According to these people, who actively doing this, they rationalize it as a ritual to keep evil eyes away from the newly wed couple and to make them secure under Quran’s shadow.

Holding Quran over Bride’s head is a Biddah (Innovation)!

Biddah means innovation, innovation in Islam means that doing something which has not been done by Muhammad PBUH and can not be authenticated by Quran as well. In Fatwa No. 10543 by Shaykh Ibn Baz, who declared this ritual as Biddah, declaring the fact that it has nothing to do with Islam and it has not done by any Prophets or any Islamic personality in the past.

He further clarified that doing this would never make any difference. Like if you’re ill and you need a pill, will you put it over your head or will take it with water? obviously, take it with water! because that’s what cures your diseases. Similarly, putting Quran over bride’s head will mean nothing if she, herself does not recite it while she is going to her spouses’ house. Fatwa Noor ala al Darb Ibn Baz – (4/2)

If we really want the newly wed couple to have a healthy, happy and lovely life, then instead of holding Quran on heads, we need to motivate them to recite it as they start their new life. May Allah keep all of us away from Evil eyes and make all of us walk the right path of Allah as taught by the last prophet of Islam, Muhammad (PBUH).