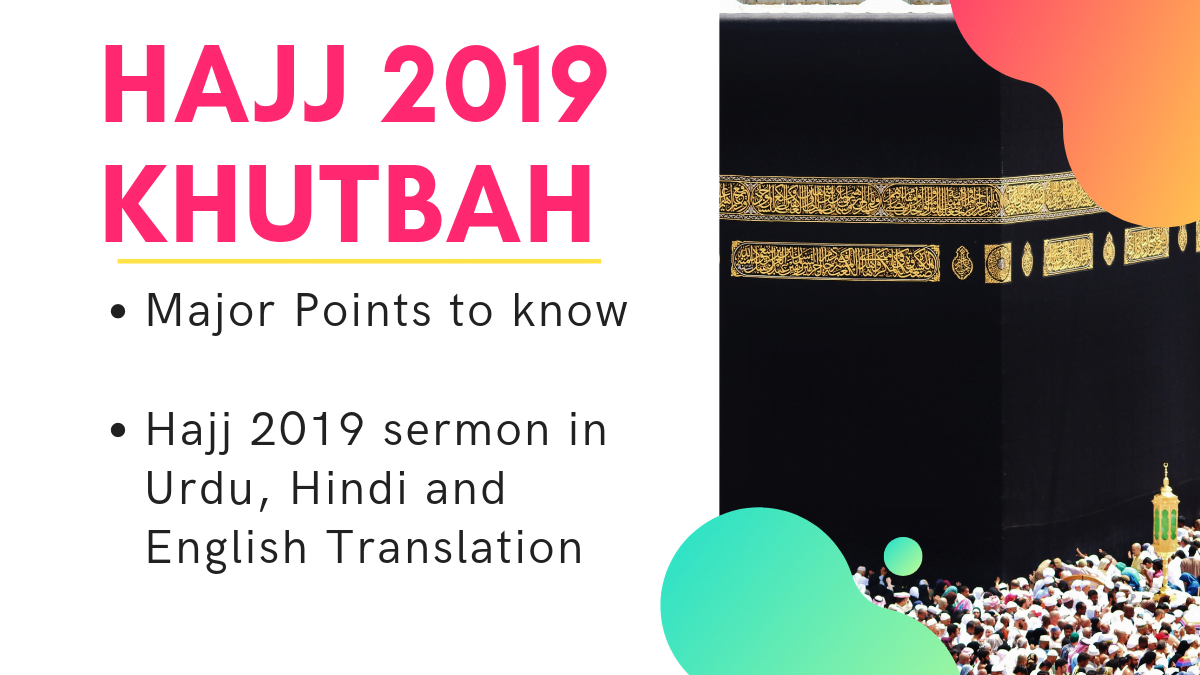 Hajj 2019 Khutbah was given by Mufti Sheikh Muhammad Bin Hassan Al Sheikh, a Mufti of the Grand Mosque from Nimra Mosque in Arafat.

These are the major points which all Muslims around the world should know from Hajj 2019 Sermon;