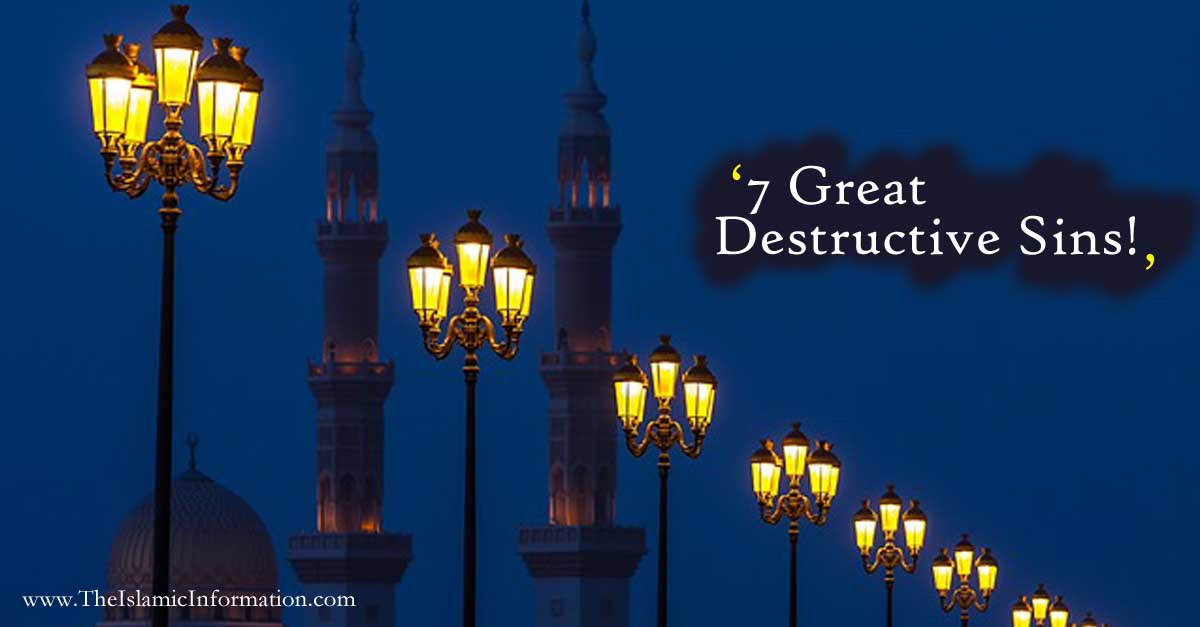 Muhammad Prophet (PBUH) was a blessing to all mankind, as his life is a great epitome of kindness to all the Muslims on the other hand he instructed about the great destructive sins which could lead anyone to Hell!

Abu Hurairah (may Allah be pleased with him) narrated that Muhammad Peace Be Upon Him said: “Avoid these seven great destructive sins.

1. Worshiping other than Allah

The basis of Islamic Teaching starts with the “Allah is one and Muhammad Prophet SAWW is his last messenger”. And when one worships other than Allah, in terms of putting belief in anyone except Allah, is a great sin!

Magic and astrology are strictly prohibited in Islam because the authority of the knowledge and anyone’s future is in Allah’s hand.

“Killing” is strictly against Islamic teachings. Killing any life, Human or Animal is considered a great sin in Islam.

In Islam, it is to believe that Interest makes the Rich the Richest and Poor the Poorest! And it is clearly spread injustice in society. Islam denies having such a rule, so the Interest is strictly haraam (Prohibited) in Islam.

“Looking after Orphans” is a Sunnah as well as not just Muhammad PBUH but also, Abu Bakr (RA), Uthman (RA), Ali (RA), Hassan (RA), and Hussain (RA) commended to look after the Orphans and prohibited the Ummah to eat up their wealth and injustice with them.

6. Leaving Battlefield During The Fight

Feeling from the battlefield is considered to be the disloyalty because a Muslim can never be disloyal to anyone, Battlefield is the time when you have to show the love for the people you love (If the war is in the way of Allah)

Accusing a woman of wrongdoing which she never committed can cause you great trouble, as you are not just hurting her but you are also destroying her whole life by questioning her character.