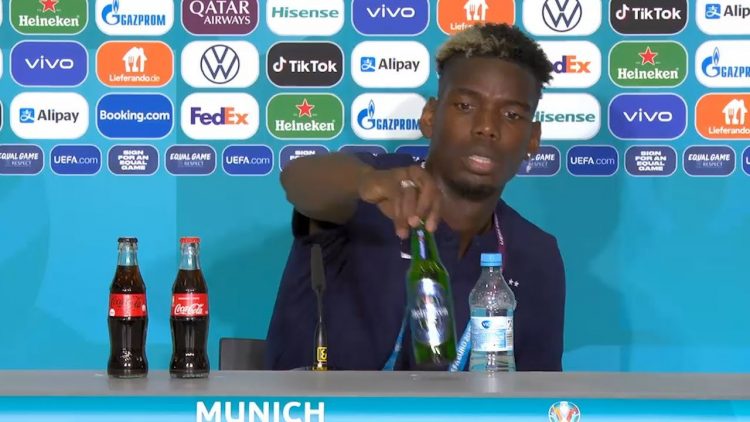 Officials of Euro 2020 have decided that they will not place Heineken bottles in front of Muslim players after Muslim athlete Paul Pogba removed them during the press conference.

Just like how Cristiano Ronaldo removed the Coca-Cola bottles during the press conference.

Heineken is an alcoholic beer. In the Islamic religion, Muslims are forbidden to consume anything that has alcohol in it.

According to the report by The Telegraph, teams, players, and managers belonging to Islam have the freedom to chose if they want to have the bottles during their press conference or not.