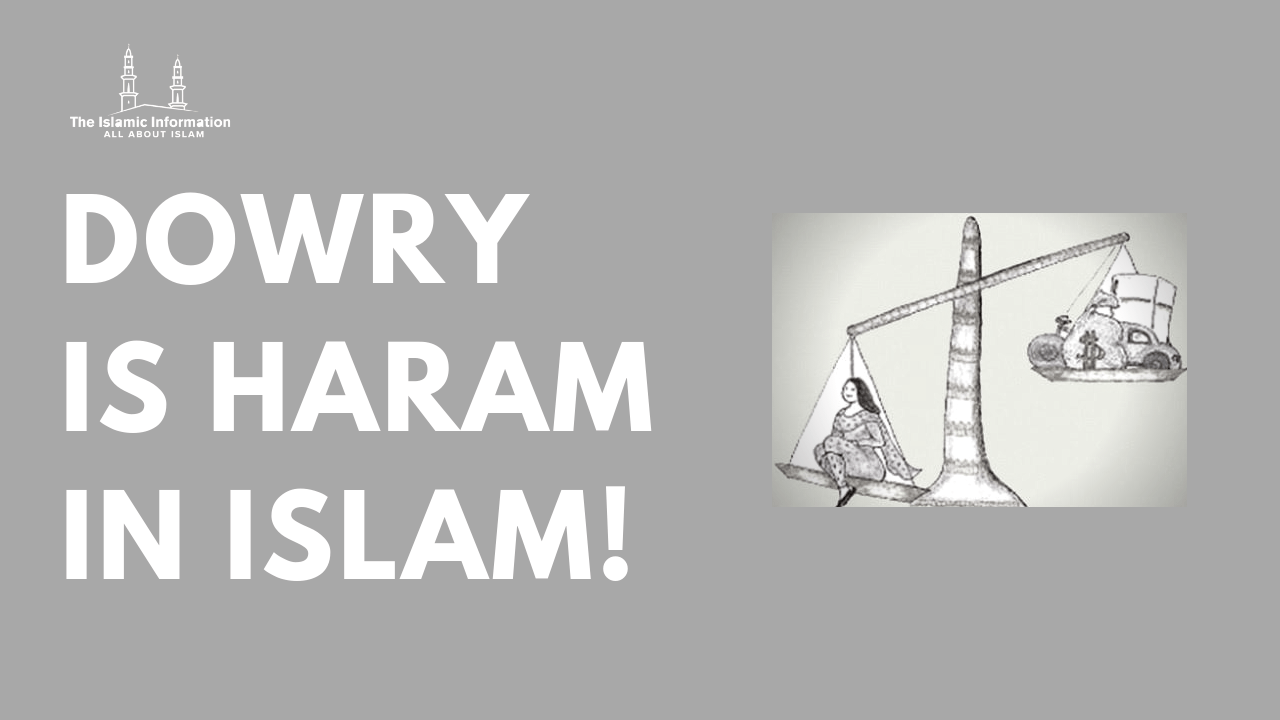 Dowry is something which we know as a thing which is given as a gift to other people. There are two types of Dowry Mehr (Halal one), Dowry to men (Haram).

Islam clarifies the difference between Mehr and Dowry. There are two types of Dowries;

Many people asked us about the Dowry where a brides’ family had to arrange the things in order to get their daughter married. This dowry is Haram in Islam, and there are no evidence have been found which declares it Islamic.

DOWRY IS HARAM IN ISLAM!

Sad to see in countries like India, Pakistan and Bangladesh, Dowry is known as Jaheez or Daheej, where if a daughter is getting married then her family has to gather things such as a Bed, Cupboard, Fridge, Air Condition etc. Which becomes a huge burden on Bride’s family. And in most cases the Boy’s side demands a huge amount of dowry from bride’s side in order to get married.

This puts a huge burden on the fathers and the brothers of poor families, and in that case, sadly a daughter becomes a liability for them. And indeed Islam does not promote anything which pushes any gender down.

And many people (Groom’s family) break the wedlock as the Dowry was not according to their expectation. This is totally Haram but there is only one dowry that is Halal.

Mehr is dowry which a husband should pay to his wife as soon as they get married, this is known as Halal Dowry. And the Holy Quran also described it clean and clear.

It is a precious gift a husband give to his wife.

Meanwhile, there is no such thing in Islam which proves that men dowries are halal, they are completely Haram and should not be given. Only halal dowry is the Mehr given to the wife.