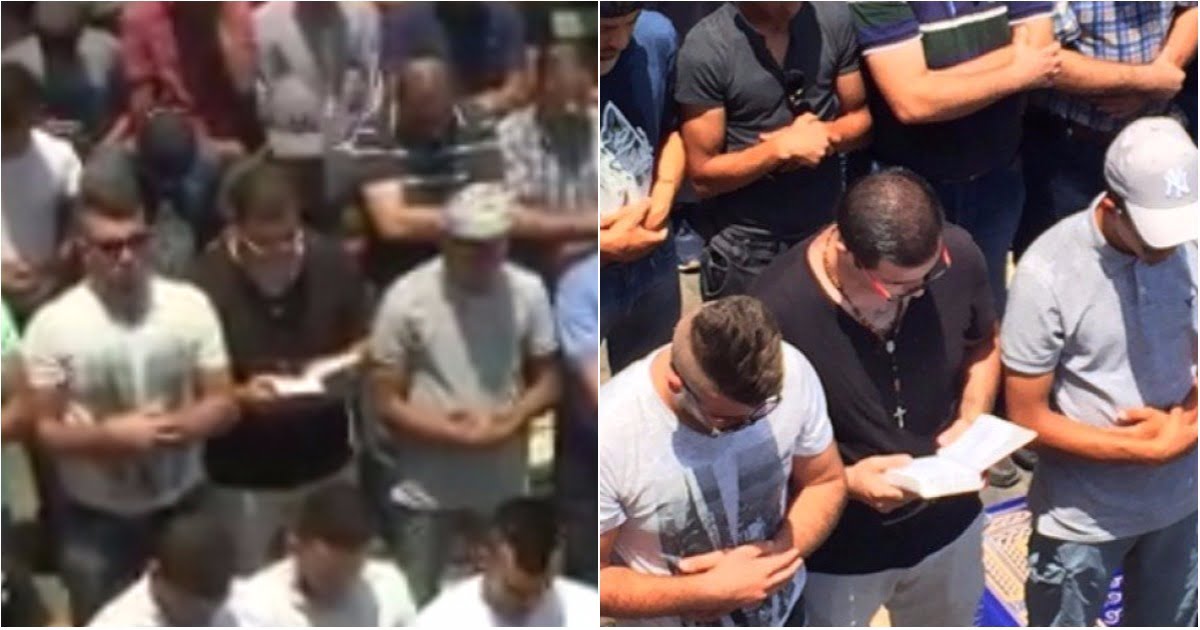 Christian man joins Muslims in Jerusalem for prays, he prayed along side Muslims at a place where they were praying.

As religious differences grow to its peak between Palestinians and Israeli police after they banned people over 50 years of age from entering the old mosque in Jerusalem for the Friday prayers. Israeli police have installed metal detectors on the gates of Haram Al-Sharif mosque in the Jerusalem. For Jews, it’s temple mount, which is a sacred place for them too, following the attack 2 weeks ago, which resulted in the shut down of the mosque for Friday Prayers.

The act of solidarity can be seen in this video;

A Christian man prays alongside Muslims outside the Old City of Jerusalem during mid-day prayers on Friday. pic.twitter.com/ixvdcpkNIY

Nidal Aboud is a 24 years old young boy, who talked to CNN and told them it was his dream to stand with Muslims and pray. This show of solidarity was featured on CNN as a breaking news. As appreciated all over the world, as the world witness the brutality and war going on in Palestine for decades now.

He said he was nervous at first to pray while holding a bible next to a Muslim, so he asked his Muslim friends who welcomed him with a warm heart and allowed him to pray next to them.

24 years old, Nidal. said he witness all the brutality on Muslim within the Jerusalem. He said the occupation of Israelis in Palestine is unjustified. He further added, if these metal detectors were embedded outside the Church, he would never walk through those metal detectors.

He also urged the Christians from all around the world to unite with the Muslims to fight this war together against the brutality and terrorism.