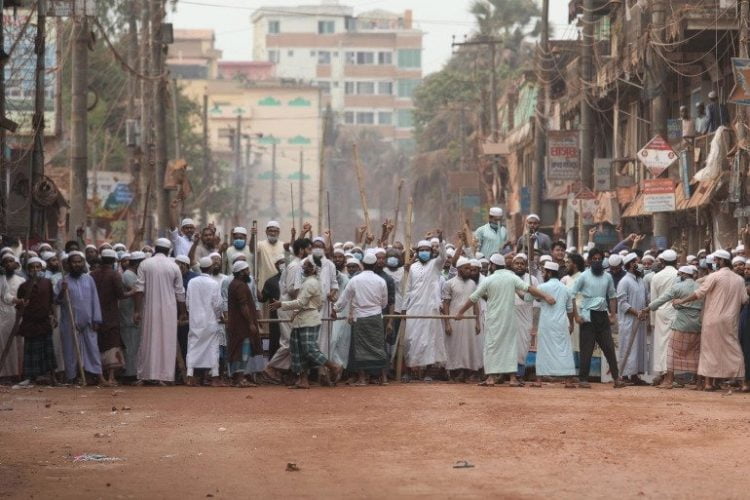 DHAKA: On the arrival of Indian Prime Minister Narendra Modi in Bangladesh, citizens protested and slaughtered cows, during which 17 people were killed and several dozen injured by police firing and baton charges.

According to the international news agency Reuters, Bangladesh is celebrating the Golden Jubilee of Independence for which Prime Minister of Bangladesh Sheikh Hasina invited Indian Prime Minister Narendra Modi, and he arrived in Dhaka on a two-day visit. Demonstrations took place across the country, but the largest was in Chittagong, Bangladesh, where thousands took to the streets to protest.

Protesters against the ban on cow slaughter in various states during Modi’s rule slaughtered a cow on the main highway in Dhaka’s red zone.

It is reported that this big protest of Chittagong was being carried out by a religious organization called Hifazat-e-Islami during which the police opened fire.

The Government of Bangladesh has blocked the access to social media to slow down the protests and the news about the police attacks in the country.