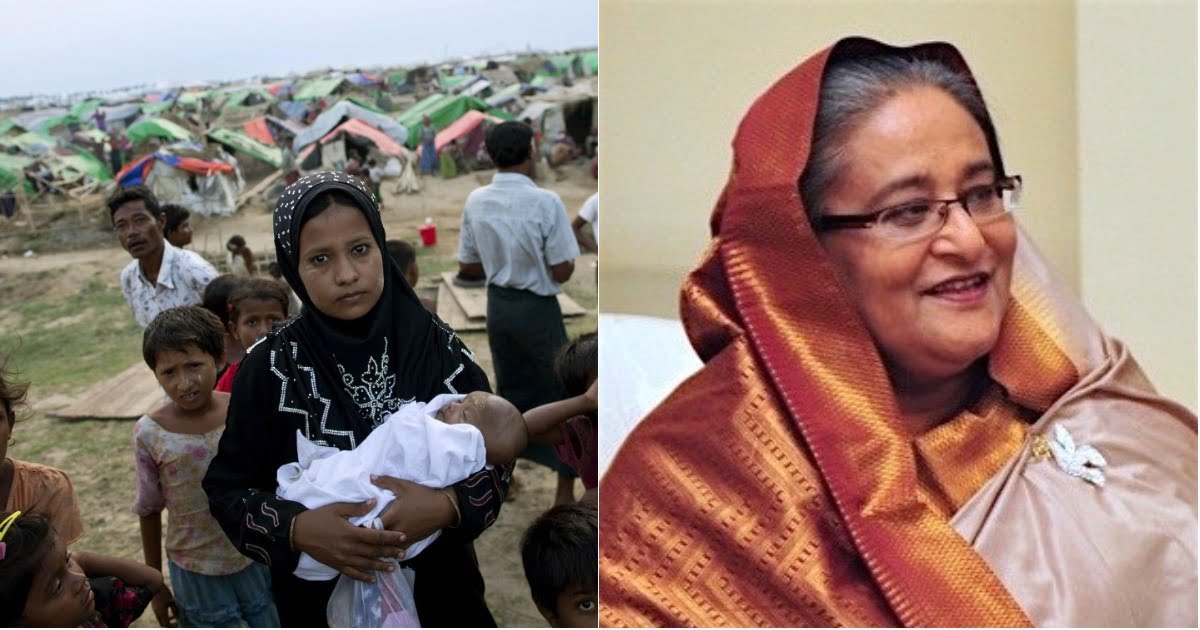 Rohingya Muslims are being murdered like harmful insects and worlds does not seem to care about them. And now Bangladesh PM says they are not their problem.

Rohingya Muslim Men are getting Murdered And the women are getting murdered too after being raped several times. And the kids have been cut in pieces. Approx. 1.1 Million Muslims have flown Burma since the time all the murder series erupted.

The major reason why Rohingya Muslims are stuck that no one is taking them in. Bangladesh’s border is linked with Myanmar which is much easier for Muslims to migrate to Bangladesh than any other country. But Bangladesh has closed the doors for all the immigrants.

In a recent interview, Bangladesh’s Prime Minister Sheikh Hasina Wazed says that Rohingya Muslims are not their problem. She claimed that this is solely the matter of Myanmar government and she does not want to intervene in their matter.

She said Bangladesh is already suffering from various problems and welcoming Rohingya Muslims will add a lot to their worry as they are the liability for Bangladesh.

She further added that Bangladesh is an overpopulated country and she can not afford to welcome about 50,000 Rohingya Muslims into their country says it will be tough for the government to deal with such a thing.

United Nations has claimed that there were 50,000 were in the queue to enter in Bangladesh, but they were rejected entrance into Bangladeshi Army and pushed back to Myanmar.

There were only two countries that came forward to help Rohingya Muslims. Those two countries were Turkish and Saudi Arabia, as well as the Turkish Prime Minister, called Bangladesh PM to help Myanmar Muslims as much as they can, but his request was turned down.

The death toll is still rising but no media is agreeing on giving these innocent souls some coverage so more countries can help them.