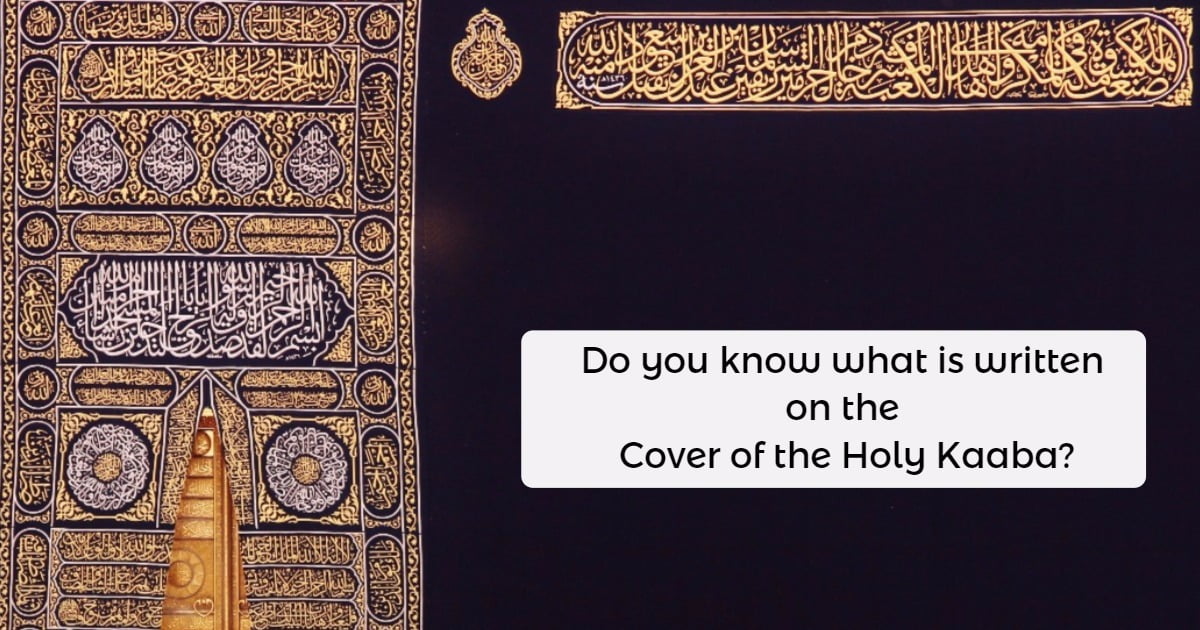 Cover of Kaaba looks very aesthetically pleasing but most of us wonder what is written on it as the calligraphy is done in Arabic.

Every year, millions of Muslims from all around the world visit Holy Makkah for Hajj and Umrah. Those who have visited must have witnessed the Arabic Calligraphy on the Holy Kaaba.

KISWA is being called the cover of the Holy Kaaba, and in the 9th month of Dhul Hijjah, it was draped on the Kaaba. The Kiswa is made up of Approx 47 strip of clothing, and each of that strip is about 101cm in Width and 14cm long. As a total, there are three rows of Horizontal Text has been embedded on the black side of Kiswa.

The first row, it is written Ya Allah with two of his names Ya Hannan, On the right. Ya Mannan, on the left.

In the second row, you will see that basic salutation of Islam, “La Illaha Illa Allah Muhammad Ur Rasulullah” which means “there is no god except Allah and Muhammad PBUH is his last messenger“

Even Muslims who have visited the Holy Kaaba must be reading this and would be amazed to know this fact, which is still rarely known to most of the people around the world. But Muslims who knew it must have spent their time wisely.

These days, taking selfies and posting them on Facebook as well as making snaps for Snapchat has become so important that some of us have forgotten the real essence of pilgrimage, Kaaba is the place, where Allah indicates his home is, and this is the place we should visit with wisdom.

All of us should go, and look around, and observe the things in Kaaba and in Masjid Al Nabwi, it gives the wisdom which you can never find anywhere in the world. Allah has given instructions to his people, to worship him, and worship with all heart.