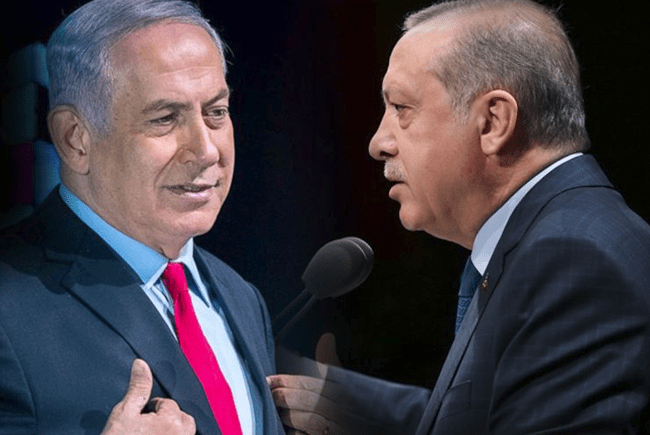 On Friday, President Recep Tayyip Erdogan stated that Turkey is still having relations with Israel and it is also cooperating with Israel in the field of intelligence.

Erdogan further told the reporters following Friday prayers that the main problem right now is about the people at the top.

The president included that Turkey is trying to make its relations better with the country and will like to bring their ties towards a better point.

According to recent reports, the president of Azerbaijani Ilham Aliyev is trying to fix the relationship between the two countries.

Azerbaijan used drones and other defense systems from Israel and Turkey and released its territories from the Armenian occupation in Nagorno-Karabakh which helped it gain superiority. Earlier this week, Aliyev called Erdogan and they made some suggestions and ways to make diplomatic ties with Israel better as stated by an Israeli website.

The foreign minister of Azerbaijan Jeyhun Bayramov last week reportedly called his counterpart from Israel Gabi Ashkenazi to discuss the same issue and it was noted that Baku would be interested to mend their relation between both of its allies.

In 2010 the relations between Israel and Turkey drastically declined. On following an Israeli naval raid on a Turkish aid ship, the Mavi Marmara, en route to deliver humanitarian aid to the blockaded Gaza Strip. 10 activists were killed during the raid.

In this event, an unprecedented crisis was caused in the decades long peaceful Turkish and Israeli relations. Following the Massacre, both of the countries recalled their diplomatic envoys.

The prime minister of Israel Benjamin Netanyahu‘s apologized to Turkey in 2013 and twenty million dollars which were about TL 38 million at that time were sent in compensation to the Mavi Marmara victims. The relation between Israel and Turkey then entered a period of normalization.

There a Two Types of Israelis. One is those who follow Judaism and are dead against zioniism and its ideologies. The Other is the zionists themselves who can never be trusted. With the top leadership in israel always swinging towards zionism, Erdogen can never trust them These zionists want to infiltrate every Muslim country and destroy them from within. That is their clandestine strategy for now, having been at the receiving end of anger of the world, for all the pre-emptive wars they waged against Iraq, Libya, Egypt, Syria, Lebanon, Yemen and other Middle East countries in the name of… Read more »