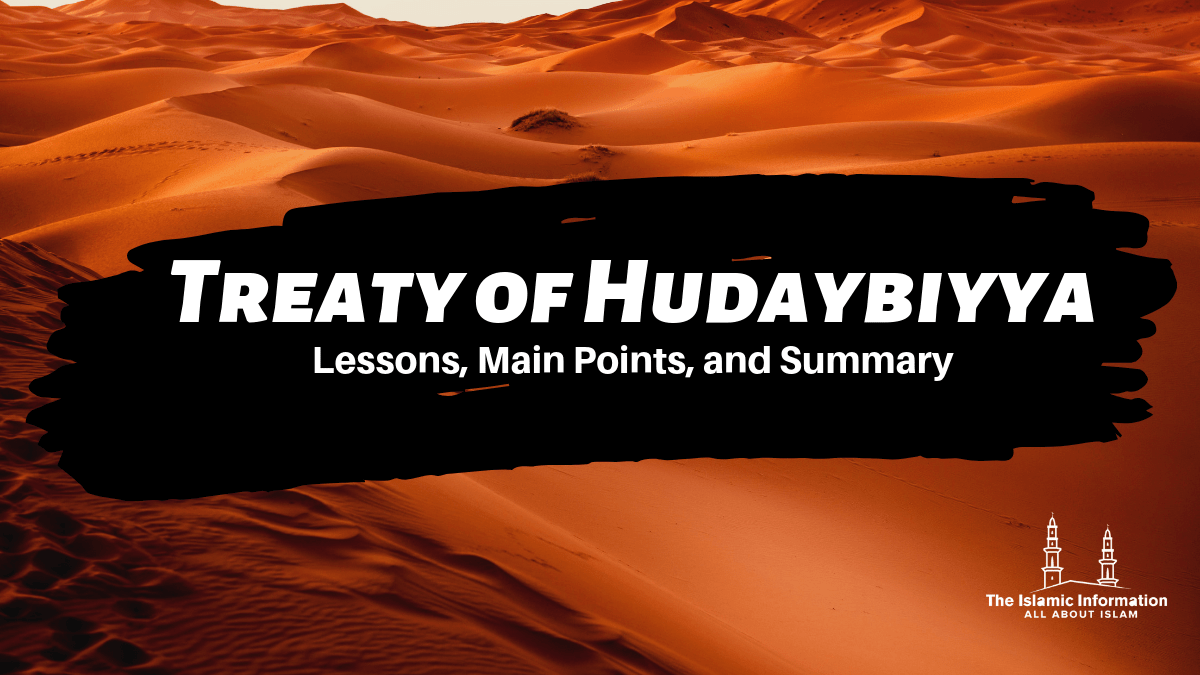 The treaty of Hudaybiyyah also known as Sulah Hudaibiya was one of the events that took place during the initial stages of Islam.

It was a treaty between Madina, represented by Prophet Muhammad PBUH and Makkah, Quraish tribe on March 628 (as per Islamic date, Dhu Al Qudah 6th AH).

This treaty helped to resolve the conflict between two cities, Makkah and Madinah, ensuring a 10 years peace clause which was authorized by Muhammad PBUH’s followers to come back following years in peaceful pilgrimage, which is also known as The First Pilgrimage of Islam.

In 628, Prophet Muhammad PBUH along with 1,400 other Muslims went to Makkah to perform Umrah, without carrying arms and to respect the treaty of Hudaybiah between Makkah and Madinah. They were dressed as pilgrims having sacrificial animals along with them, hoping Quraish tribe would give them a warm welcome.

Muslims were in Ihram, which means there was no sign of arms or anything.

After long negotiations, both parties decided to resolve the matter without any war but with diplomacy. It was the time when the Treaty of Hudaybiah was founded. And it was Ali (RA) was the person who wrote it for Prophet Muhammad PBUH. and Prophet Muhammad PBUH signed the treaty himself.

Who broke the treaty of Hudaybiyyah?

Right after two years after the treaty polytheists of Makkah had violated the first article of Treaty (abandoning the war), because Banu Khuza’a tribe were allied with Muslims and Banu Bakr were with Quraish, but during a battle between the two in 8/629-630, some men from Quraish’s tribe killed some men of Banu Khuza’a. This was the breaking of the Hudaybiyya treaty. They went to apologize with Abu Sufyan to Prophet Muhammad PBUH but his apology was not accepted, then Prophet SAWW gathered a great army and moved towards Makkah to expand Islam.

Conditions/Terms of the treaty of Hudaybiyyah

Lessons from the Treaty of Hudaibiya

Huddaybiyyah is still very important in Islam. After signing this treaty Qraish no longer thought Prophet Muhmmad was a Rebel from Makkah. Quraish also accepted Madinah as the Islamic state.

This shows that one should work with diplomacy not with war. This treaty helped Islam to flourish in Arabic peninsula.