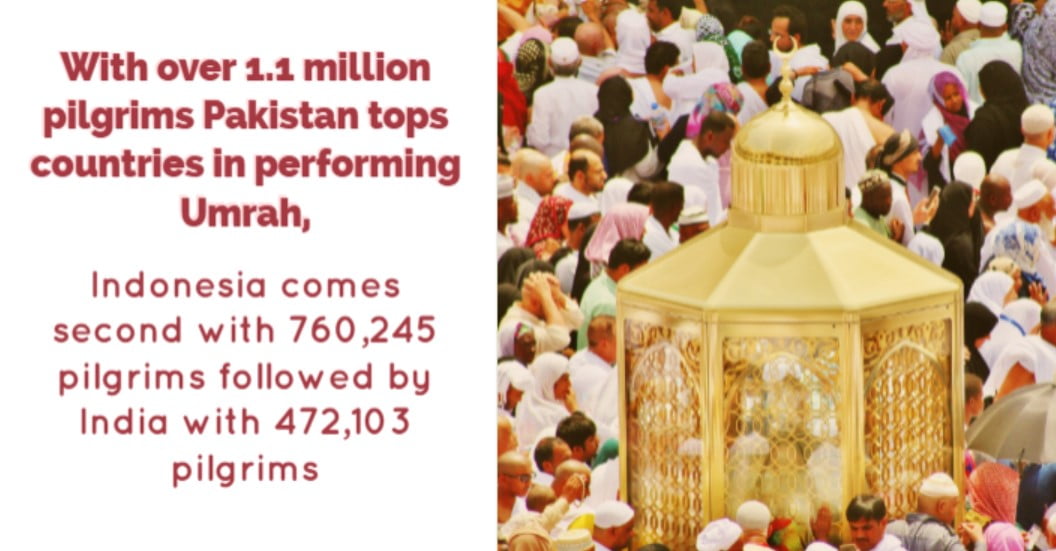 Pakistan has now become the top country having over 1.1 million Umrah pilgrims, Indonesia has come second while India is on the third rank.

Approximately 5,276,913 Umrah visas have been granted as per Saudi Arabia’s Ministry of Hajj and Umrah.

Ministry of Pakistan has told the media that with the count of 1,129,965 umrah pilgrims, Pakistan has topped the list of most Umrah Pilgrims for 2019. On the other hand, Indonesia is on the second number with 760,245 pilgrims, reported by Saudi Gazette.

The report presented by the Ministry of Hajj and Umrah further stated that approximately 150,506 pilgrims are currently in Madinah to pay their respects to Prophet Muhammad (Peace Be Upon Him) and praying at his mosque.

The third largest part of Pilgrims came from India, which sent 472,103 to perform Umrahs. The list is as follows;

The Ministry of Hajj and Umrah said that all these pilgrims will be served by 10,400 Saudi workers from Umrah Companies. Including 1,778 women and 8,622 men.