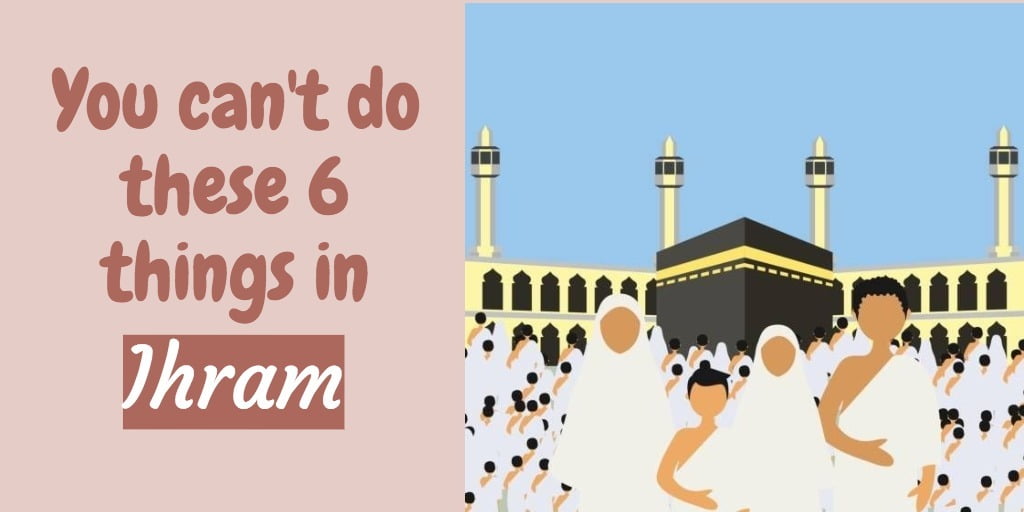 Ihram is one of the things which is mandatory while performing Hajj and Umrah. So today Islamic Information will tell you the 6 things which a Muslim can not do while wearing Ihram.

Kindly do not do these things once you’re wearing ihram;

This is to clear that Shaving hair does not mean shaving head, it means that a person can not shave any of the body hair as it is prohibited as per the Quran. it is not only Hair, but one can not even cut nails or pull out the teeth.

Never ever use perfume, as well as do not even use soap or shampoo if it has some fragrance or perfume in it. Furthermore, one can not even put Kohl in the eyes and not even Oil.

4. Sexual Arousal or Getting Married

A person should never touch his wife (In mating manner) if he or she is in Ihram. You are not allowed to look at other women and looking at explicit content.

Furthermore, a person can not even send a marriage proposal in the state of being in Ihram.

You cant kill any animal when in ihram. It is stated clearly in the Quran. Meanwhile, Killing Scorpio and Snake is allowed.

6. Exclusive Prohibitions for Male and Female

A man can not wear shirts or anything or any garment that is sewn. One has to be in ihram.

Women can not wear Niqab in a normal way. They can not cover their face in a way it touches her face. There are special types of niqaabs are available for women wearing ihram.

If anyone has made any mistake then Allah has made it easier for those Men and Women to pay a Penalty.