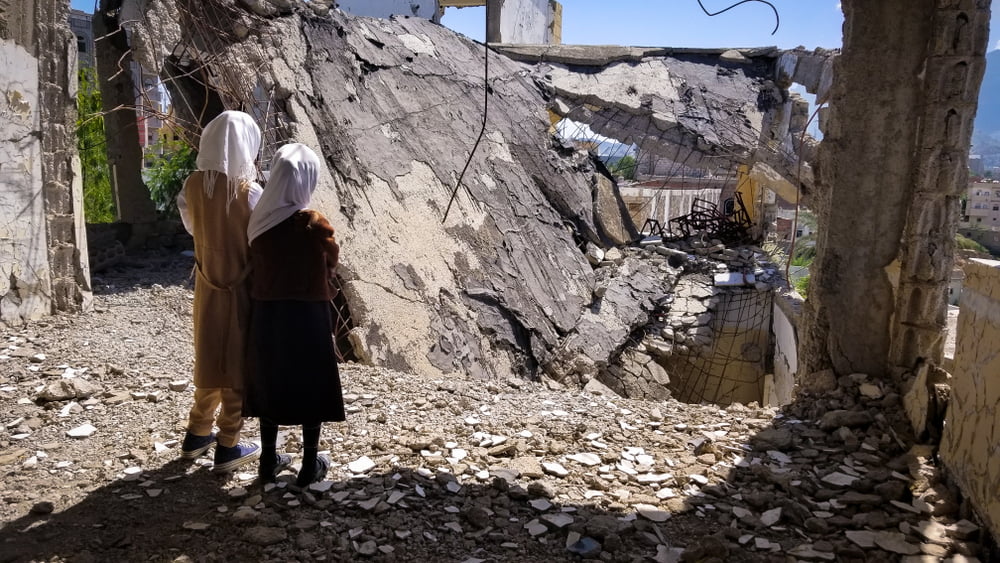 The United Arab Emirates and the Kingdom of Saudi Arabia have announced their intention to say a hearty Ramadan Mubarak to the people of Yemen in the form of a USD 200 million Ramadan aid package for Yemen.

The UAE’s Minister of State for International Cooperation, Reem Al Hashimi, said the donation is part of a $500 million joint initiative that had initially been announced in November of 2018. Speaking to a press conference in the UAE’s capital city of Abu Dhabi, Ms Al Hashimi said that the food parcels and other elements of the supplies should be reaching Yemeni families by the first few weeks of the Holy Month, meaning aid workers will be able to greet the locals with the traditional fasting time greeting of Ramadan Mubarak.

Of the USD 200 million promised in this announcement, USD 40 million will be allocated to supporting Unicef, and their efforts in bringing help to malnourished children and pregnant and nursing mothers, while another USD 20 million will be given to the World Health Organisation, so they can work on controlling the spread of preventable diseases such as typhoid, cholera, and sepsis, and providing intravenous feeding fluids for a variety of vulnerable groups in need of support.

Ms. Al Hashimi was quoted in the Khaleej Times as saying “The timing of this support was chosen to meet urgent needs and to ensure the delivery of aid assistance in the coming weeks to allow the Yemeni people to maintain their traditions and to practice the customs of the holy month of Ramadan.”

The World Health Organisation currently estimates that approximately 10,000 Yemenis have died as a result of the ongoing conflict, however, several other human rights monitoring organizations argue that number is an extremely conservative estimate.

The country at the far southern end of the Arabian peninsula has been engulfed in a conflict since the end of the Arab spring in 2011, however matters escalated seriously in March of 2015 when a rebel movement from the ethnic Houthi community seized control of the western half of the country and forced the sitting President, Abdrabbuh Mansour Hadi to flee internationally.

The war is widely perceived as a proxy conflict between the Kingdom of Saudi Arabia and the Islamic Republic of Iran. This is because the Houthi rebel group whom the Saudi Arabian military is currently conducting operations against are followers of Shia Islam and are a minority in Yemen as a whole. With Shia being the dominant faith in Iran, but a minority in the wider Middle East, it is widely believed that Iran is secretly arming the Houthi community in order to create a Shia powerbase proximate to the highly Sunni Islamic nation of Saudi Arabia.

As Saudi Arabia is a client nation of the United States, the American military has been instrumental in its support for the Saudi Arabians in their campaign against the Houthi rebellion. Recently, US President Donald Trump has vetoed a bill that was passed in Congress to end America’s part in the war in Yemen. The President described the attempt by Congress to end the war through law as “unnecessary” and “dangerous” because he characterized it as an attempt to weaken his Constitutional powers.

A previous attempt to bring stability and peace to the region came in the form of the Stockholm agreement, where a prisoner swap and de-escalation at certain points were the first steps towards a cessation of hostilities, has now been reportedly violated over 3,000 times – particularly since the rebels have now refused to allow UN Food programme supplies to enter the country.

Despite these setbacks and difficulties, Ms. Al Hashimi remains confident, stating at the conference. “our greatest aspiration and our greatest hope are that peace agreement is reached so that we are able to deliver aid. We also want to begin the process of rebuilding infrastructure and strengthening the economy of Yemen”.