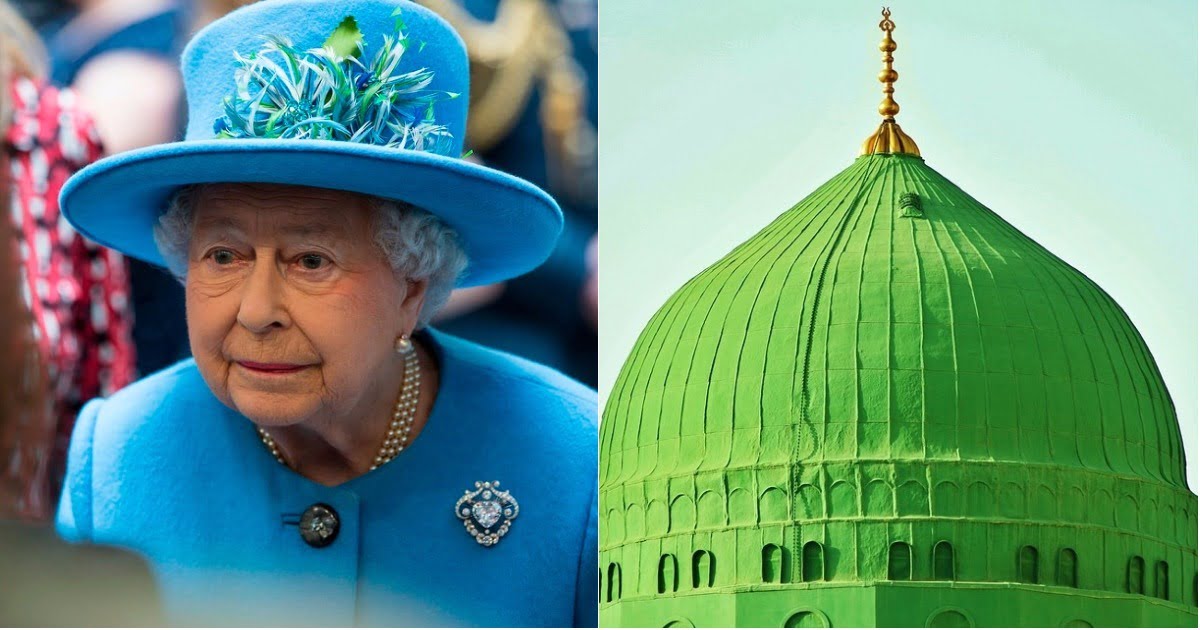 The English press once again reported that now reigning Queen of Great Britain, Elizabeth II, is a descendant of the Prophet Muhammad (peace and blessings of Allaah be upon him).

These reports have regularly appeared (or been thrown in) in the English-language press since 1986 when one of the most authoritative publications dealing with the study of family bloodlines of European families   Burke’s Peerage reported this after a study of the genealogy of the English dynasty Windsor, whose representatives have occupied the English throne for more than a hundred years.

According to the date of this publishing house, the blood of the Prophet’s descendants fell into the veins of the ancestors of the English queen through Zaydu, the daughter of the Sultan of Seville (at that time in Muslim Spain) Abu-l-Qasim Muhammad ibn Abbad, who, in turn, historians call the descendant of Muhammad, bless Allah is pleased with him, along the lines of his daughter Fatima. Zayda after Sevilla was conquered by the Almoravides allegedly fled to the court of the Spanish King Alfonso VI, converted to Catholicism under the name of Isabella and married him.

Her descendants later as a result of dynastic marriages were related to the representatives of the English Windsor royal dynasty. It is noteworthy that Windsor is not the only monarch family that claims such kinship.

Through the relatives of the Windsor, the German dynasty Holstein-Gottorp, the kinship with the Prophet allegedly received the dynasty of the last Russian emperors – the Romanovs. This was officially announced by Counselor of the Grand Duchess Maria Vladimirovna, head of the Russian Imperial House of the Romanovs Kirill Nemirovich-Danchenko.

The question arises: why did representatives of the European aristocratic circles need to declare a “kinship” (which, frankly speaking, one can not believe) with the spiritual leader of those whom their royal ancestors did not strictly consider as people, and whom they enraged with enviable persistence in the Sudan, India, Turkey, Indonesia, Turkestan, and other regions? The well-known Russian political analyst Mikhail Khazin, setting out his theory of global projects, singles out individual projects that the US, China, Zionists, Russia, the European Community and Britain itself have.

According to Khazin, the global project is a supranational and supranational idea that can become the basis for determining the value system of any person on Earth. At the same time, the principal point is the voluntary choice of participation in a particular global project for each individual.

The basic concepts of any project must necessarily include the condition that its values must reach any person voluntarily, because of their universality and attractiveness.

If we return to the above-mentioned six global projects, then five of the above-mentioned “projectors” have their own territories, from which they, in his opinion, will start to try to implement their projects on a planetary scale, and England does not have such territory.

Therefore, according to Khazin, she is preparing to take the halo of the Islamic world to her hands, taking advantage of her capabilities as one of the most powerful financial centers of our time. It is for this reason that England initiated its withdrawal from the EU and retained its own national currency.

In favor of this version, Britain’s ties with Middle Eastern monarchs can also speak, many of which, like the Jordanian royal house or the Aal Nahyan clan, the ruling United Arab Emirates or the Brunei sultans, was placed in power in their countries by the British colonialists and historically linked to Great Britain.

Muslims themselves do not have the capacity to implement their civilizational project, although they have been in the past and potentially possible to implement now. Muslims are fragmented and fragmented. They do not have a political elite that would lead the implementation of such a project.

Taking into account the experience of those countries (except Great Britain), in which the British Queen is the formal head of state – Canada, Australia, New Zealand, as well as the experience of the British Commonwealth of Nations, uniting former British colonies around the world, it can be assumed that an attempt will be made to unite the Middle East under the auspices of the British monarchy, the good moral foundations in the form of “kinship” with the Prophet Muhammad have already been found.

On a more global scale, England plans to revive its once collapsed colonial empire, “over which the sun never sets,” but not by force of arms, but by the power of money. Whether or not this project will be implemented, it is possible that the near future will show.