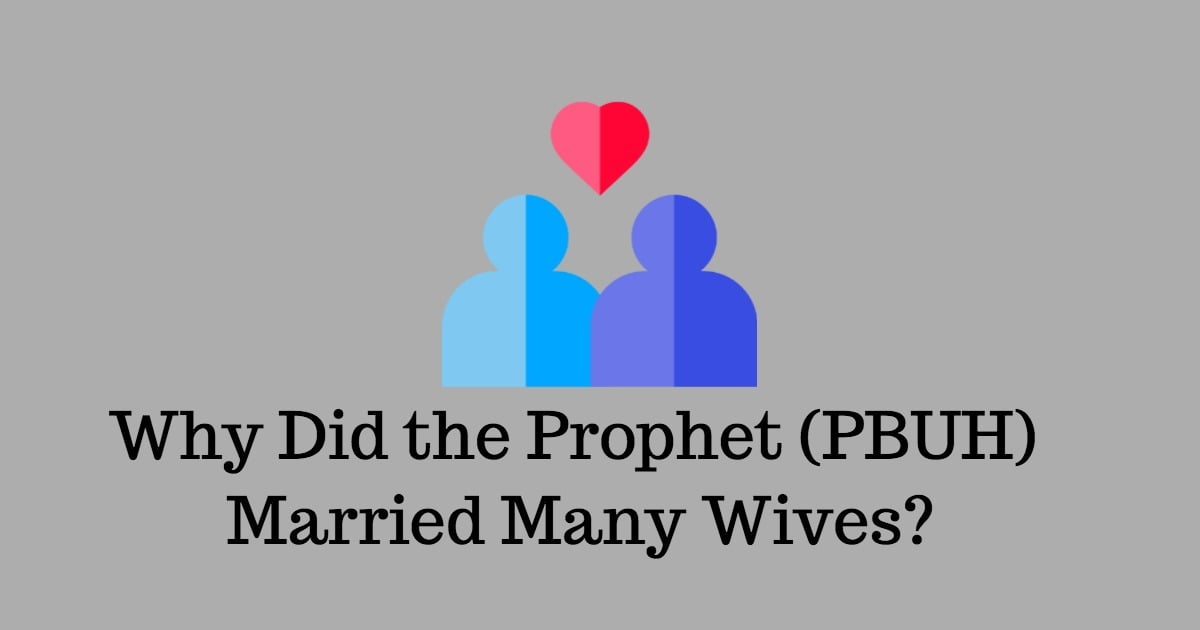 The Prophet Muhammad married to 12 women. As a result, he was accused by western writers of being a womanizer. In fact, he was not at all and there are valid reasons why he married 12 times.

There are four major reasons why Muhamad (PBUH) married 12 times.

He married to Bibi Khadija, a widow older than him. Two years later, at the age of 27, he married to Bibi Sawda’h Binte Zama’h, another widow he met when he migrated to Medina. The latter’s husband died while her father and brother threatened to kill her. He then married to Bibi Zainab Binte Khuzayma and Bibi Umme Salma, who were widows and important links to forge his opponents.

2. To reinforce relationships with different tribes

In 5th Hijri, the battle of Banu Mustaliq, two hundred families of a tribe were taken by Muslims in slavery. The Prophet Muhammad asked for the release of Bibi Juwarriyah, daughter of the chief of the tribe and a widow, and married her. He then released the families as well, an act which inevitably impressed the people of Banu Mustaliq and all of the two hundred families accepted Islam.

4. To defy the taboos