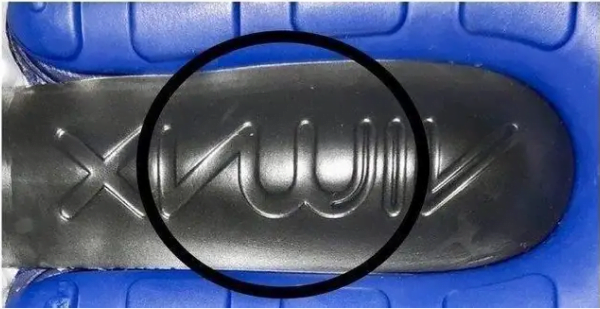 Air Max Sneaker in Nike store has been called off stores after the name of Allah in Arabic appeared on its sole.

Saiqa Noreen eariier this month, started a Change org petition that shows Nike’s Air Max Logo at the sole of the shoe resembed the world Allah.

She also said that after seeing the placement of the word is very wrong and has been done deliberately.

This is so wrong, printing God’s name on a shoe is something Muslims won’t tolerate.

Saiqa Noreen said in a petition.

She said, “This is highly disrespectful, and and offensive to both Muslims and Islam. Islam teaches kindness but in return Islam gets insult from big brands.”

She urged to recall the shoes from all of its stores. As it is clearly blasphemous as it insults the name of Allah. And she further said the authorities should do scrutiny in future to prevent such acts.

Noreen said that every Muslim and people who respects freedom of religion should sign this petition.

By 30th of January 2019, The Independent reported that the petition has gotten over 12,000 signs. After this petition went viral, Nike said, that the resemblance of logo on the sole is “accidental” with the world Allah.

In answer to the petition, Nike has recalled Nike Air Max 2 from all of its store.

Muslim community is highly disppointed with this act of Nike. And the worldwide nike boycott is happening right now, started by millions of Muslims all around the world.