A bus carrying Umrah pilgrims from Oman crashed in Makkah on August 24th.

A bus carrying Umrah pilgrims from Oman was reported to have collided with a truck and overturned on the Riyadh – Taif Expressway while on its way to the Holy City of Makkah, Saudi Arabia, on Wednesday night.

As reported by the Saudi Gazette, the bus accident near Taif left two Omani Umrah pilgrims dead while 18 others were injured.

The Saudi Red Crescent Authority in the Makkah region explained that they received information about an accident involving a bus carrying Umrah pilgrims on the Riyad-Taif highway just after the Nasayef Bridge in the direction of Taif on Wednesday night.

A total of 11 emergency teams were immediately dispatched to the scene by ambulance to help evacuate and save the victims. Officers who were at the scene reported that two pilgrims died at scene while 18 others suffered from moderate to severe injuries and were immediately taken to the nearest hospital.

The Embassy of Oman in Riyadh confirmed that the ill-fated bus was transporting Omani pilgrims to perform Umrah in Saudi Arabia.

In a statement released on Twitter, the embassy said that it is currently coordinating with the Saudi authorities and the Omani Consulate General in Jeddah to immediately arrange procedures for returning the victims to Oman, as well as ensuring the injured receive the best possible treatment and medical care.

The embassy further expressed concern over the tragic accident of a bus carrying Omani Umrah pilgrims on their way to Makkah, which resulted in the death of two Omanis and the injury of 18 others. The embassy extends its deepest condolences to the bereaved families of those who died and wishes the injured a speedy recovery. 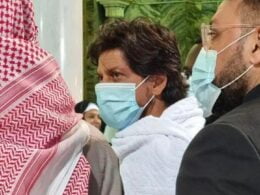 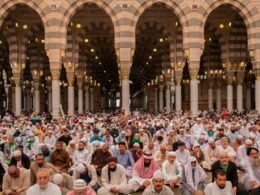 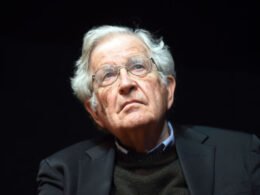