Hamtramck, a Michigan city has become the first city in the history of the united states to be led by a Muslim-only government.

There are about 28,000 residents that live in the city.

Amer Ghalib was named the first Muslim mayor of the city. He is an immigrate who has previously worked in healthcare and was born in Yemen.

Hamtramck was founded by german farmers and used to be a Polish immigrant community, also known as Little Warsaw. According to The Detroit Free Press, this is the first time in 100 years when a Muslim has defeated a Polish mayor. 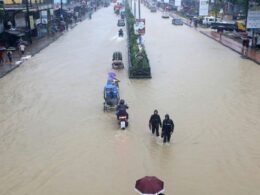