Malaysia views the promotion of the LGBT lifestyle on social media as an insult to Islam, which is why they are proposing to change its sharia law to punish people promoting it.

In Malaysia, same-sex acts are illegal under Islamic law; however, the offenders are rarely convicted. Such acts, especially those on social media, will be punished by stricter rules imposed in the proposed amendments.

Ahmad added that his team has found several parties promoting the LGBT lifestyle by uploaded statuses and graphics that insulted Islam on social media.

Malaysia is inhabited by around 32 million people, dominated by Muslims. More than 60% of the population is ethnic Malay Muslims. Malaysia has a dual-track system alongside civil law, and they also implemented Islamic criminal and family law.

According to Ahmad, his agency would identify obstacles faced by authorities in taking action against LGBT offenders. And not only that, but they also planned to develop guidelines for handling complaints.

This government task force consists of several institutions, consisting of Malaysia’s Islamic Development Department, the Ministry of Communication and Multimedia, the Attorney-General’s Office, and the Police.

Earlier, international criticism has come to Malaysia for its growing intolerance towards the LGBTQ community. Back in March, the Malaysian government arrested several people after LGBTQ groups attended International Women’s Day. They also sentenced several people to jail after engaging in gay sex. 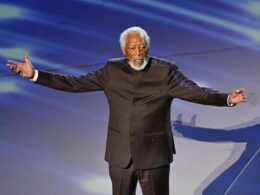 News Of Morgan Freeman’s Conversion To Islam Is Fake