Apple made a shocking move for Muslims in China by removing Quran Majeed, a popular app for reading and listening to the Quran. The company reportedly removed the religious app at the request of government officials.

Under the application developer Pakistan Data Management Services, Quran Majeed provides its services for free and is recognized by 25 million Muslim users worldwide.

The developer told the BBC that it appears the app’s removal has nothing to do with religious content as apple informs that Apple removed the Quran app from the China App Store for containing illegal content.

The developer said that it is now working to resolve this issue with the Cyberspace Administration of China.

Without a clear explanation, this step taken by Apple can undoubtedly be seen as exceeding the limit, although it is included in Apple’s official stance on human rights abroad.

Apple’s regulations make it clear that they must comply with local laws, and sometimes there are complex issues that they may not agree to with governments and other stakeholders in the future. With dialogue and belief in the power of engagement, parties will continue to solve problems with the best solutions that are undoubtedly right for users.

Apple has long been in a questionable position. The company previously removed VPN apps that let Chinese users circumvent censorship and proactively filtered out apps that mentioned Tianmen Square, the Dalai Lama, or Taiwanese and Tibetan independence. In addition, Apple’s suppliers to the region have also been linked to the oppression of the Uyghur Muslim minority in Xinjiang.

Apple is faced with a difficult situation either way, where they depend on the business and sales relationships it makes in China, and they could lose it if they take a firm stand against the authorities.

This week, Microsoft decided to shut down the local Chinese version of LinkedIn as they realized that it was becoming increasingly challenging to meet the demands coming from the Chinese government.

Apple has not yet taken firm steps, plus the consideration that its dependence on China for its iPhone business is not expected to happen shortly. 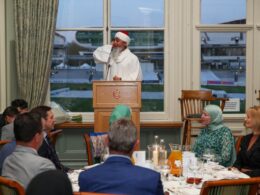