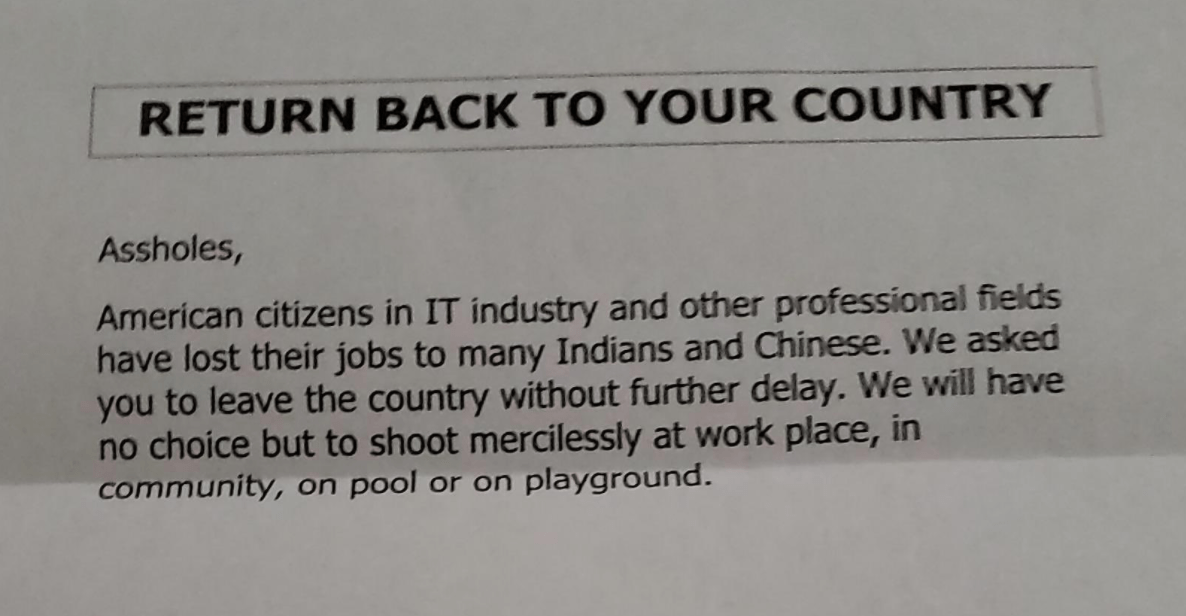 Muslims Living In US Get Death Threats, Famous US scholar Omar Sulaiman shared a picture on his social media showing that some Muslim families got death threads for living in the United States.

A tweet has been shared by Omar Sulaiman, which shows that Muslims living in the US get Death threats for working in Information Technology and other industries all over the United States.

While explaining this further, he said it is “Disgusting” to give threats to anyone who has children born and living in the United States.

After getting such threats, the Muslim community in the United States is scared of going to their schools, universities, and work.