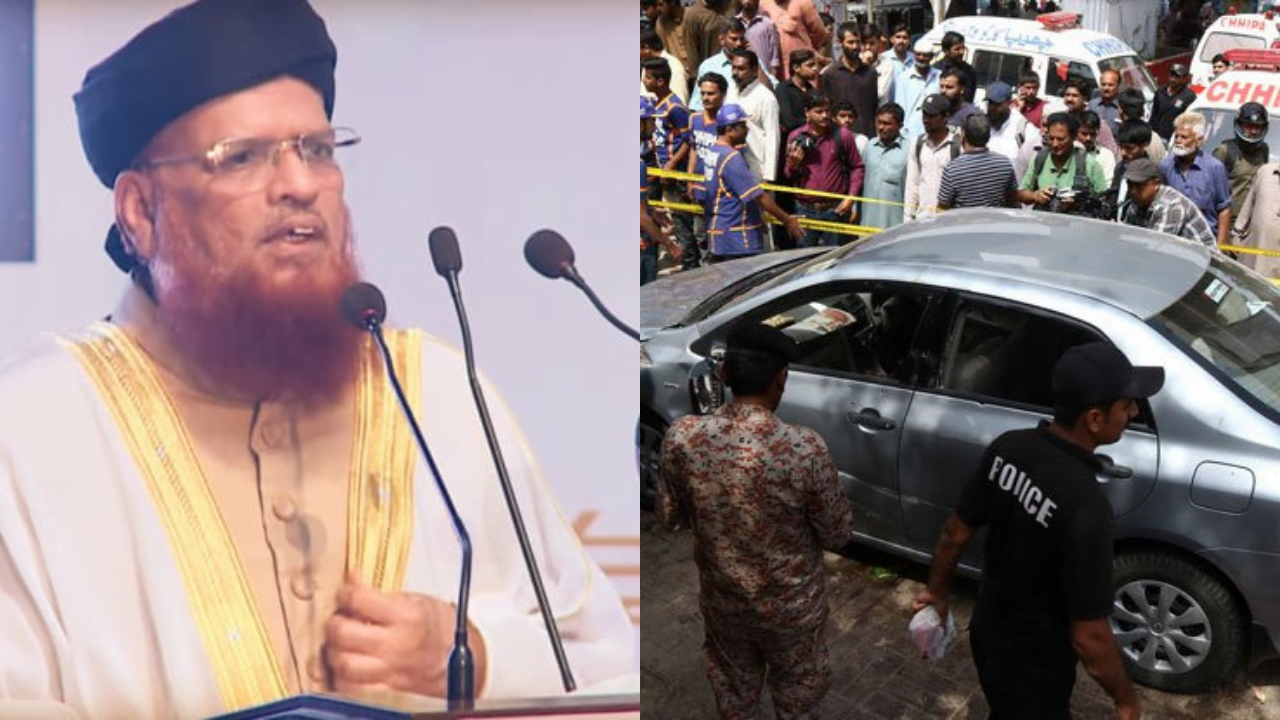 Mufti Taqi Usmani on Friday escaped a deadly attack in Karachi, Pakistan. He is a famous scholar and a prominent Quran Translator.

Taqi Usmani was with his wife and grandchildren when 4 people on two bikes opened fire on his car. As soon as his car came near Nipa Chowrangi area which is located in Karachi city of Pakistan.

Sindh police briefed that the terrorists used 9mm pistols to kill Mufti Taqi Usmani but he luckily escaped the attack in Karachi.

Mufti Taqi Usmani was on his way to offer Jummah prayers in his traditional mosque Bait Ul Mukarram, which is located in the Gulshan e Iqbal area of Karachi. As soon as, Taqi Usmani’s car reached Nipa Chowrangi, 4 terrorists on 2 bikes opened fire on the car. In the result of heavy firing, two of his guards were badly injured, while one Sanober Khan was pronounced dead.

This attack was condemned by a large number of people all around the world.