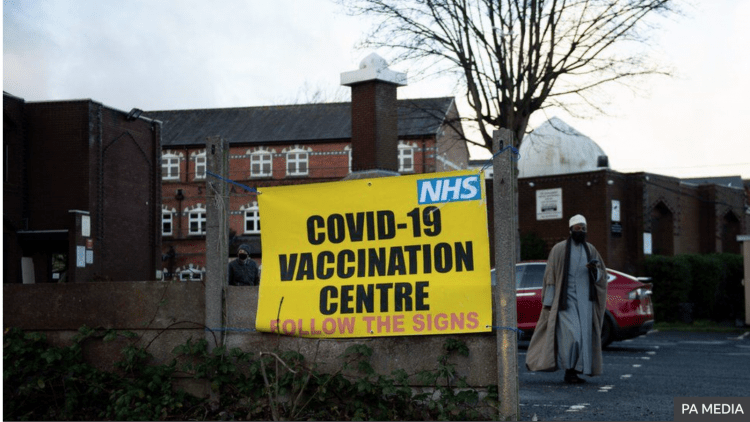 In the UK, it’s the first time that a mosque has become a Covid vaccination center.

In Birmingham, the Al-Abbas Islamic Centre in Balsall Heath almost vaccinated more than 500 people every day.

He hoped that this vaccine would clear the false information related to the vaccine that it was not allowed in Islamic law as said by the imam Sheikh Nuru Mohammed.

A trustee of the mosque, Dr. Rizwan Alidina, and member of the Birmingham and Solihull Clinical Commissioning group stated that the benefit of the place is quite evident with the Muslim community’s lower uptake we would have expected.

There has been a great response to the center’s opening at the mosque, and it would be carrying out approximately 300 to 500 vaccinations each day, as he stated further.

Dr. Vin Diwakar, the NHS England regional medical for London, said that there were long-lasting concerns that go back generations for some Asians and the black community rather than being an effective and safe vaccine.

She further said that this vaccine is safe for everyone.

I urge everyone from across our wonderfully diverse country to get the vaccine because it will protect you and your family.

Retired Dr. Masud Ahmad, who is one of the first to get a job at Birmingham mosque, gave the people from the local community that it’s relatively safe to have it and should have it.