HomeExtraWhy Are There Many Broken Marriages? – Video Explains Everything
2 minute read
No comments

Broken Marriages are the world’s saddest thing. Seeing two people leaving each other after being married is very sad. We should understand that it’s both their right, but the question is WHY DO WE SEE MANY DIVORCES AND BROKEN MARRIAGES?

Anything material such as the most expensive car or jewelry cannot be treated like people who are valuable to you: your best buddy, your spouse, your kids, the Imam in the mosque, etc. If anything breaks down in the car, or you lost a medal in the necklace, you wouldn’t want to throw them right away, right? You would at least attempt to repair it so that it retains its value. Similarly, when somebody you cherish does something wrong or displeasing to your eyes, you don’t just pounce on them and throw them away! That is not what Allah (s.w.t) taught us to do.

These days, divorces are becoming common and couples say that the marriage was a mistake. There is no angel on earth to divorce someone because of one minor mistake, in fact, accepting divorce is making another huge mistake. If that person seeking divorce is ready to seek forgiveness, show remorse and regret then do not go forward with it but instead work around it, communicate and make it work and in most cases, this makes marriages stronger as couples know each other’s likes and dislike better. May the Mercy of Allah show mercy to us. Forgiving others and moving on is an act of mercy and that person deserves the mercy of Allah.

However, if one of the parties is engaging in physical or mental abuse or any extreme act towards the other partner, then there is a limit of tolerance and can be written off. Yet, when something can be resolved then it’s best to work it out Sometimes we receive advice from friends regarding the situation, but remember to fear Allah regarding the advice and take decisions such that, ultimately, Allah and the Rassul will be most pleased. 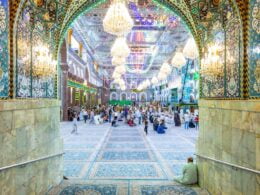