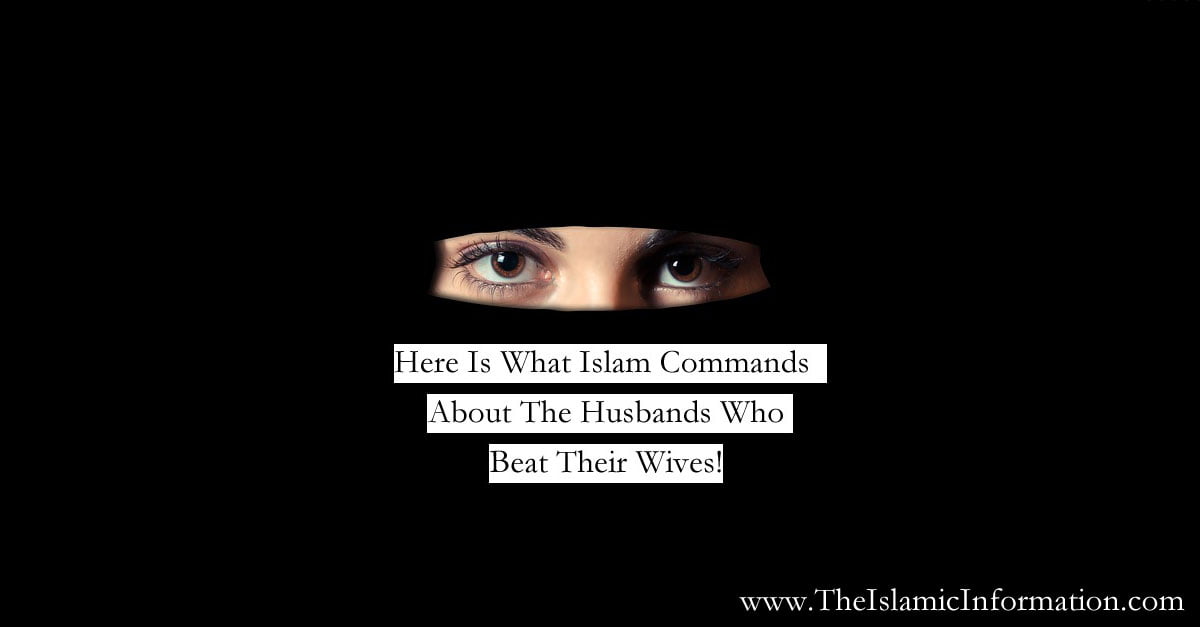 Another storm in a cup of tea and most common objection by non-Muslim upon the teaching of Islam is that Islam advocates the domestic violence or husbands beat their wives.

To support their argument they quote just one word of Surah Nisa Chapter 4 verse 34, WADRABUHUNA beat them.

Before I tell the teaching of Islam regarding treating of women just see what is happening with the ladies in Non-Muslim world
First of all have a glimpse of the state of ladies in the most powerful country, USA.

• A woman is battered, usually by her husband/partner, every 15 seconds (UN Study on the World’s Women)

• 22 million women in the United States have been raped in their lifetime. 63.84% of women who reported being raped, physically assaulted, and/or stalked since age 18 were victimized by a current or former husband, cohabiting partner, boyfriend, or date. (National Intimate Partner and Sexual Violence Survey 2010)

• The FBI estimates that only 37% of all rapes are reported to the police. U.S. Justice Department statistics are even lower, with only 26% of all rapes or attempted rapes being reported to law enforcement officials.

• One out of every five American women has been the victims of an attempted or completed rape in their lifetime. (The National Intimate Partner and Sexual Violence Survey 2010)

• Women may be afraid of strangers, but it’s a husband, a lover, a boyfriend, or someone they know who is most likely to hurt them. According to a U.S. Justice Department study, two-thirds of violent attacks against women are committed by someone the woman knows. In the United States, one of the most dangerous places for a woman is her own home. Approximately 1,500 women are killed each year by husbands or boyfriends. About 2 million men per year beat their partners, according to the F.B.I.

Now Canada, another icon of civilization.

1. 61% of Canadian say they personally know at least one woman who has been sexually or physically assaulted.

3. 1 out of 3 teens has experienced the most serious form dating violence including sexual and physical.

4. On an average, every six days a woman is killed by her partner.

See what is happening in the largest democracy of the world, India.

1. A 2015 journal article on domestic violence in India, by Claire Snell-Rood, a medical anthropologist at the Department of Behavioural Science with the University of Kentucky, notes that 75-86 percent of women do not disclose that they are victims of abuse by their families (Snell-Rood 2015, 64).

A 3 March 2015 article by IPS reports that, according to “the most recent government household survey,” 40 percent of women have been abused in their homes; while, according to an independent survey supported by the Planning Commission of India, the number is closer to 84 percent (IPS 3 Mar. 2015).

2. Every six hours, a young married woman is found beaten to death, burnt or driven to suicide.

3. There are close to 15,000 dowry deaths estimated per year. Mostly they are kitchen fires designed to look like accidents (Injustices Studies. Vol. 1)

4. Cases of attempted rapes far worse than above state.

• About two women per week are killed by their partners in the United Kingdom (Joni Seager, 2003).

• In Spain one woman every five days was killed by her male partner in 2000 (Joni Seager, The Atlas of Women).

• In New Zealand, 20% of women reported being hit or physically abused by a male partner (UNICEF 2000).

• In the Russian Federation, 36,000 women are beaten on a daily basis by their husband or partner, according to Russian non-governmental organizations (OMCT 2003)

In nutshell, women are not safe anywhere. Statistics are horrible around the world. Then the question is ‘Do we have a solution?’ The answer is yes. The One Who created the women He Himself gave the solution. How? For this, I’ll go back and start from the beginning, WADRABUHUNA.

If you want to develop the true understanding of Quran then follow two principles. One, always looks for complete context.

Never pick a specific piece of AYAH or SURAH and start quoting it.

Circumstances in which it was revealed and to whom it is primarily addressing is very important. Quoting out of context will give totally different meanings. For example, when I play with my three years old kid I usually tell him that I am a loin and I’ll eat you.

If somebody is listening to that and basing upon my statement and launches a FIR against me that Anas eats the little kids. A police officer is surprised “How is it possible?” And the man replies “I myself have heard his confession while threatening a child”. The man is not wrong. But quoting me out of context has entirely changed the connotation. Similarly, when somebody quotes the Holy Quran without looking for context, it drifts him away from real meaning.
Second and foremost thing while understanding the Quran must be kept in mind is that nobody can get the guidance from Quran without consulting the life of Holy Prophet PEACE BE UPON HIM. We have to understand the Quran in the way Sahaba did as told by Holy Prophet PEACE BE UPON HIM. If the world is used more than once in Quran then it may have different meanings. You have to see the Hadiths for real meanings.

Let’s analyze the above referred AYAH under these principles. Quran says:

“As for those from whom you fear disloyalty, admonish them, and abandon them in their beds, then strike them. But if they obey you, seek no way against them. Allah is Sublime, Great.”
Here Arabic word NUSHOOZ is being used which means disloyalty or rebellion. When disloyalty is referred to a wife then it does not mean that she is not cooking well. It means something seriously wrong.

Now think what a decent man will do if his wife is indulged in the thing which is seriously wrong? NO, Islam does not allow what you are thinking. In such a case Allah SWT orders to follow four steps. First, talk to her and convince her. If she mends her ways fine be a good husband. If not, separate her bed. Don’t sleep with her. This should be a real jerk for a sensible lady. If she is still doing the same now beat her. How? This has been told by Holy Prophet PEACE BE UPON HIM. Very light beating. Just like beating with tooth stick. Don’t leave mark, injury etc. Don’t beat her on a face. Such a light punishment for which crime?

DISLOYALTY, that too at third stage. If things still do not turn good then call an elder from each side and decide mutually what you have to do now. At this charge, boyfriends have killed their illegal partners called girlfriends around the civilized world as stated above.

Islam does not encourage beating the women and proof is that if somebody has bashed his wife then a group of scholars can nullify that marriage.
Holy Prophet PEACE BE UPON HIM never beat any of his wives in his whole life. He uplifted the women in the society where they were buried alive. It is told that best among the Muslims is one who is best with his wife.

If a husband stays quite upon an annoying thing done by his wife then he will get the reward equivalent to Hazrat Ayub A.S. Holy Prophet PEACE BE UPON HIM said “LA IMA ALLAH. Don’t hit the female slaves of Allah.” Everybody is the slave of Allah SWT, whether he or she is Muslim or not.

But Holy Prophet PEACE BE UPON HIM did not say “don’t hit the women.” He used word female slaves of Allah. Because when you hit the slave of somebody then you are initiating the war against his master. Meaning there by hitting a woman is challenging the Allah SWT.

“Never ever Beat your wife! A True Muslim will Never beat his wife!”