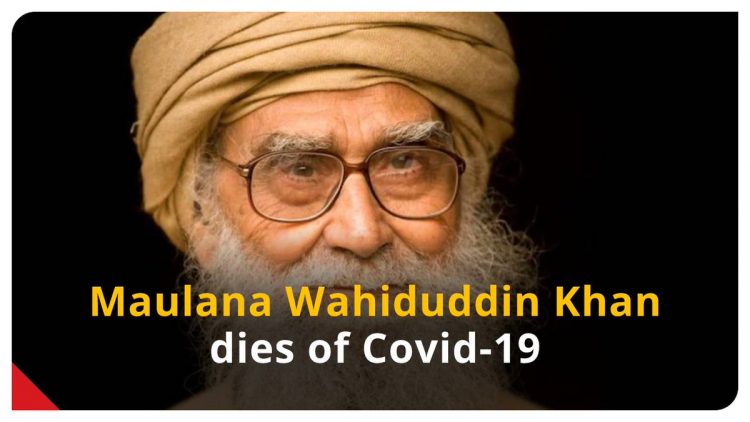 NEW DELHI: Family of Wahiddudin Khan announced that the scholar had lost the battle with Coronavirus on Tuesday. He was 96 years old and was admitted to a private hospital in New Delhi.

Scenes of his burial was shared by Zafarul Islam Khan on Twitter.

He was born in 1925 in Azamgarh, India and was known for his contribution to promote the world peace.

In the list of 500 Most Influential Muslims of 2009 he was listed as the Spritual Ambassador to the World by Georgetown University in Washington, DC.

In 2001, Wahiduddin also established the cenre for Peace and Spirituality to promote the peace culture. He also protested against demolishion of Babri Mosque by Hindu Mobs.

Prime Minister of India, Narendra Modi, President of India and other big names in India saddened by this news.