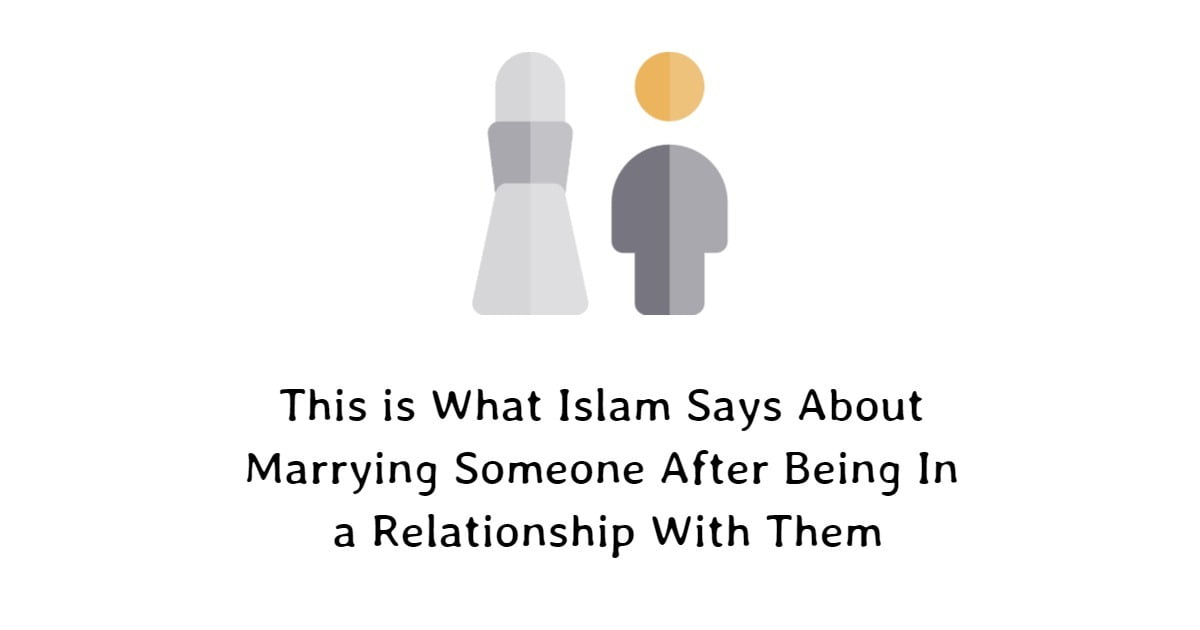 It is now not uncommon to have relationships before marriage, due to most of the circumstances, cultures and lifestyles of many people across the globe. We have often met people that we wish to marry by, for example, studying in the same university or school or working in the same office. It is quite inevitable for men and women to be in direct and/or physical contact in modern times.

Very often couples intend to marry to “officialise” their relationship. Yet, during the time between the start of the relationship to the big decisions, many Islamically unlawful acts can happen. As a result of their attraction for each other, couples tend to ‘hang out for lunch or dinner’, date, hug touch and kiss each other before marriage. Such unlawful contact or touching or kissing is referred to as Zina and is considered as a sin.

The Qur’an says to Muslims to lower their gaze in front of the person of the opposite sex, including non-mahrams. The non-mahrams are all those people who do not belong to the list, according to the Holy Qur’an, Chapter 4, Surah Nisaa verses 22-23.

Are Muslims allowed to marry someone whom they previously had a relationship with?

Zina is, inevitably haram as well as the relationship between non-mahrams outside marriage.  However, if the relationship culminates into marriage after the couple has committed Zina before, then the conditions are different.

How about marriage after having sexual relationships?

The marriage of a couple who have had sexual intercourse before the union is valid only if both partners repent the Zina committed and that the woman is not pregnant as a result of the intercourse.

Marriage after a relationship that did not involve Zina

In this case, marriage is valid.