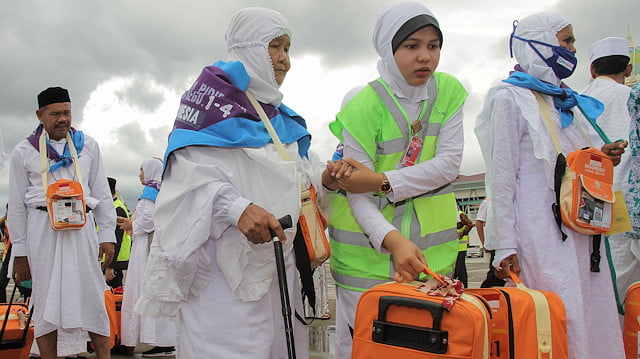 It is noted that after the price hike, it is tough for a poor to travel to Saudi Arabia to perform Hajj.

Mariani, who is a 64 years old widow saved each and every penny by selling junk to collect the money for Hajj, and finally, her life long dream came true.

She spent 26 years of her life picking junk and selling it to collect money for her Hajj and to feed her four children. Mariani finally came to Saudi Arabia on Friday and completed her Hajj 2019.

She talked to the media and said when in the 1980s after passing her Husband, she didn’t know how to save money or to run the house. Later, she started collecting junks such as plastic bottles, cardboard, cans, and cups and sold them to the recycling companies.

She told media that she worked a lot in life, she said she used to work from Fajr till Maghrib, and when the rain comes, she would sell the sand as well.

Mariani’s children are now grown up, who now helps her with her expenses and all. Surprisingly the kids didn’t have to know about her Mother saving the money for many years.

She told her children about her struggle when she got her visa back in April that she is going to perform Hajj.

This is indeed an inspiring moment for her, having all the hard work paid off in a way, is very overwhelming.

Her story is not the first though, a Haji also saved money for 43 years, but died while performing Hajj. but she is lucky enough to complete it.