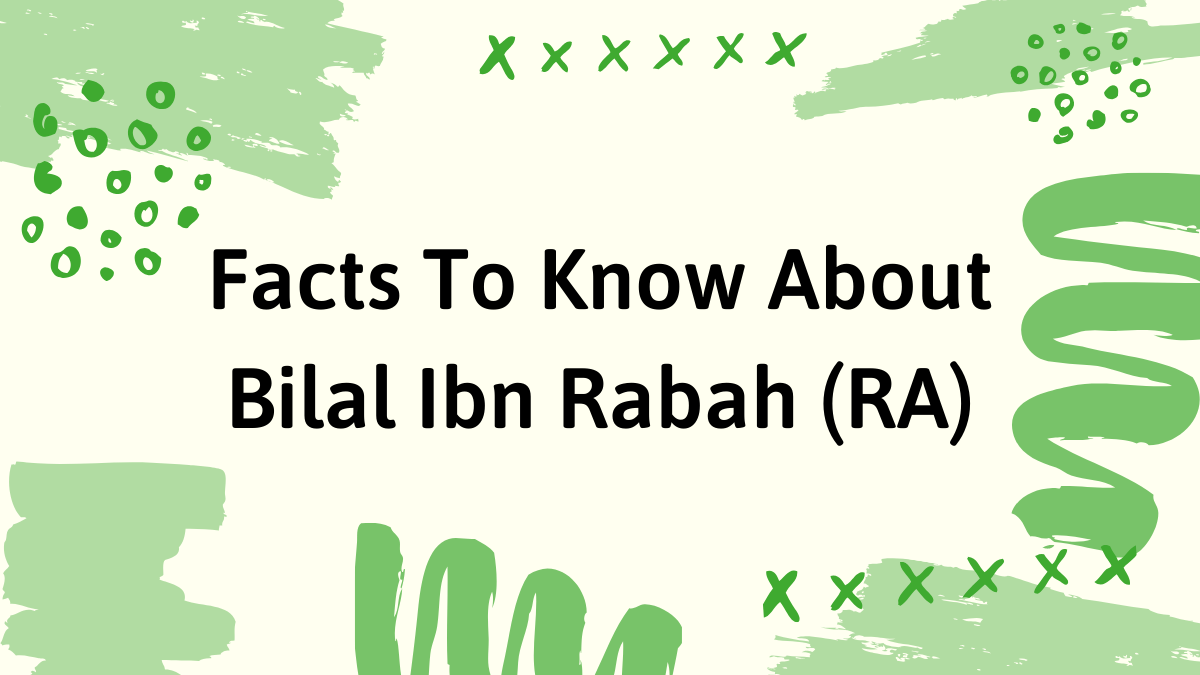 Hazrat Bilal Ibn Rabah (RA) appears among the most loved Sahabah of Prophet Muhammad (PBUH). This article would explore few unknown points related to Hazrat Bilal (RA)’s life; from birth up till His burial.

An Abyssinian, Bilal (RA) was kept as slave in Makkah. He (RA) was a slave of Ummayah bin Khalaf.

2 His master was a virulent enemy of Islam

Ummayah couldn’t tolerate the fact that Islam was being spread. Yet, Bilal (RA) his Ethiopian slave, converted into a Muslim. Ummayah bin Khalaf was planning either to kill Him or to make him change his religion. But believe of Bilal (RA) on Allah didn’t let him fear from His master. He got succeeded in his plannings and sent Him for a punishment.

In the Arabian Desert, Bilal (RA) was laid under the sparkling sun on the hot sand. Then, heavyweight hot rocks were placed on his body to make the situation worse. He was burning due to the hot sand from the back of His body whereas, the upper body was burnt by the hot pieces of rocks. Also, He wasn’t able to move due to the weight of rocks.

4. The nights of lashes:

His believe made His master angrier. Bin Khalaf started lashing Him every night. He was tortured alternatively by Ummayah bin Khalaf and Abu Jahl.

Hazrat Bilal (RA)’s punishment ended and He started living a free life as Abu Bakr (RA) bought him from Ummayah.

6. Bilal RA was the first Muazzin of Islam

Allah Almighty rewarded Him for His patience and He was made the Muazzin for the Mosque of Prophet (PBUH).

7. The death of Prophet Muhammad (PBUH):

After the death of Prophet (PBUH), Bilal (RA) wasn’t able to continue living in Madinah. He left Madina but returned after few days when He saw Prophet (PBUH) in a Dream demanding Him to pay a visit.

8. The request of Hasan and Husain (RA):

He died in Damascus in 20 AH. His tomb is located in Bab al Saghir, a graveyard in Damascus.