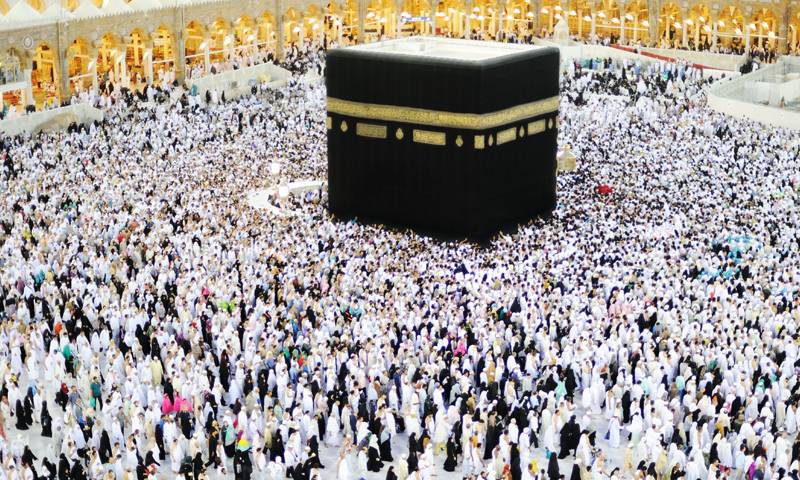 Did you know that Hajj has been canceled 40 times in the world history due to plagues, political fights and battles.

Muslims from every part of the world are now concerned whether this year’s Hajj would be held or not due to the pandemic of COVID-19. It is noted that coronavirus is spreading more rapidly than it happened ever before. And because of this fact, the Health Minister of Saudi Arabia stated that at the moment there is no plan to open the Holy place for Hajj this year.

In history, Hajj was canceled 40 times until now since the time Prophet Mohammad (PBUH) had passed. It had been canceled several times before in the whole history however since the inception of Saudi Arabia Hajj was never closed. Not even in the pandemic of the Spanish Flu.

After accumulation, the number would reach 40 or 41, respectively, if the Government of Saudi Arabia cancels the Hajj this year.

Hajj was canceled back in 629 A.D.The massacres on Mount Arafat caused the calling off of Hajj that year.

865 AD: Massacre on the Mount Arafat

The conflict between Ismail Bin Yousuf and the Abbasid Caliphate of Baghdad executed a serious attack on Mountain Arafat looking on to Makkah, in 865 A.D. This incident caused the killing of thousands of pilgrims who were present there.

In the year 930 A.D., the cancellation took place when the Qarmatian attack happened. Historians claim that Abu Tahir’s army murdered 30,000 pilgrims present in Makkah. The dead bodies were dumped in the Zamzam well. Consequently, the fight between the Abbasi and Fatimid Caliphate caused the cancellation of the Hajj in the year 983. Their politics kept Hajj closed for eight years till 991.

The army of Qarmatian also looted the Black Stone. Due to this, the Hajj was canceled until the Muslims retrieved the black stone from Qarmatian.

967 AD: Hajj was cancelled due to plague

A deadly plague back in 357 Hijri (967AD) strikes Makkah, that killed thousands of Animals and People, also led to cancellation of Hajj.

983 – 991 AD: Hajj suspended for 8 years during the Battle between Abbasid and Fatimid Caliphate

The battle between Abbassid and Fatimid led to the suspension of Hajj in the year. The Abbasids had a rule over Iraq and Syria while the Fatimids ruled Egypt, they stopped Hajj for 8 years.

Year 1256 till 1260 AD: People living in Hijaz, Saudi Arabia were the only ones who were able to perform Hajj during these years.

It was the year of the plague that led to the cancellation of Hajj. The plague had started from India and reached Makkah where it took the lives of 3/4th pilgrims in the Makkah.

These years witnessed a number of epidemics, in the span of 20 years, the hajj was halted about three times, this further restricted pilgrims to visit Makkah for nearly 7 years. In 2837, the cholera pandemic hit the holy city of Makkah.

Then massive deaths through plague happened in the year 1831 which also called off Hajj. Lastly, Hajj got halted thrice within the span of 1837 to 1858.