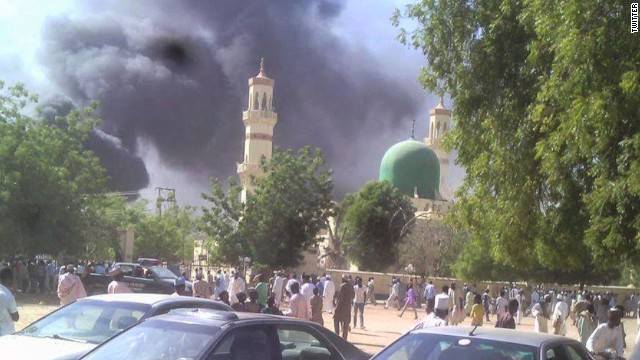 In a Nigerian mosque, a Gunmen kidnapped 40 as well as killed over 5 while attacking a mosque in Nigeria, operation underway.

The attack took place in northwestern Nigeria, also known as Abuja. Gunmen kidnapped the Imam of the mosque including 40 others and have killed over 5 in an armed attack.

The spokesperson of Zamfara State Police, Mohammed Shehu has told the media that the investigation is underway.

The dead bodies among those who were killed during this attack have been shifted to a nearby hospital.

Witnesses told Xinhua, a Chinese news agency that the gunmen came on motorbikes, disguised as worshipped.

Police have been deployed in the area and the outskirts have been cordoned off.

This is a developing story, will be updated accordingly…