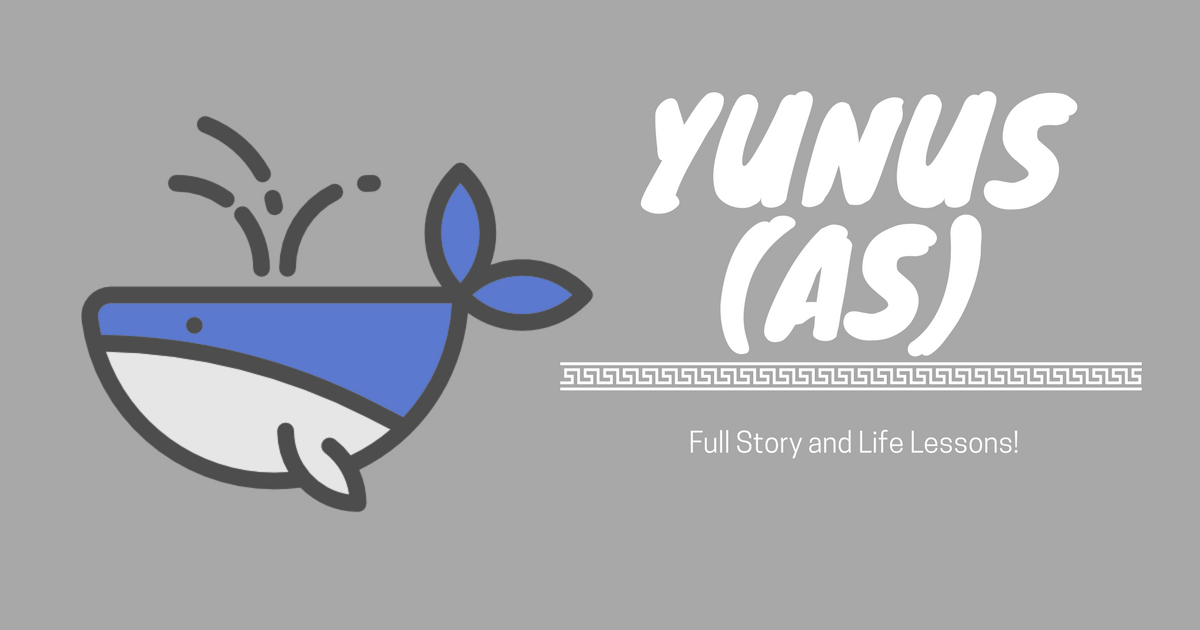 Prophet Yunus (AS) was sent to the people of Naynawa, those were accustomed to worshipping idols. When there was something wrong in the society Allah sent His messenger to laid them on the right path.

Prophet Younus (AS) preached them. He explained that Allah is one and only to be worshiped. But they believed in idols. They refused to accept the oneness of Allah. He tied hard but they didn’t want to listen to him. Younis (AS) got angry with them The Prophet warned them against the result of their stubbornness and misconception. He said to them: “If you worship idols, Allah, the Glorified, will punish you.” But they didn’t listen. So, prophet Younis left Naynawa and went away and initiated journey towards the Mediterranean Sea.

He thought that Allah would punish them. But nothing happened, So, Younis continued his journey to the Mediterranean Sea. When prophet Younis left Naynawa, he was irritated. After some days the persons of Naynawa saw terrible signs. The sky was full of black clouds. There was something like smoke in the sky. So then Wise person told them that Younis was a nice and trustworthy and didn’t lie with us. He is a messenger of one and only Allah.

All the people repented because they knew that Allah will punish them. They asked forgiveness. So, the black clouds scattered gradually, and then the clear blue sky began to appear. The sun shined again. The people of Naynawa rejoiced at Allah’s great mercy and the blessing of faith and life.

When Prophet Younis arrived in the Mediterranean Sea, he took a permission for traveling in it. When the ship reached in the middle of the sea, A huge fish attacked the ship, for preventing all Younis (AS) jumped into the sea and fish swallowed him.

When he opened his eyes, he was in fish’s stomach. Then he realized that he shouldn’t leave the Naynawa. He asked forgiveness from Allah day and night. His prayer is now known as Ayat Kareema.

When fish reached on the island, Younis was thrown out of the fish’s stomach. Allah gave him healthy again and he came back to Naynawa and felt happy because he understood that his people had believed in Allah.

Why Are There Many Broken Marriages? - Video Explains Everything